The world stage awaits our ‘Miss’ 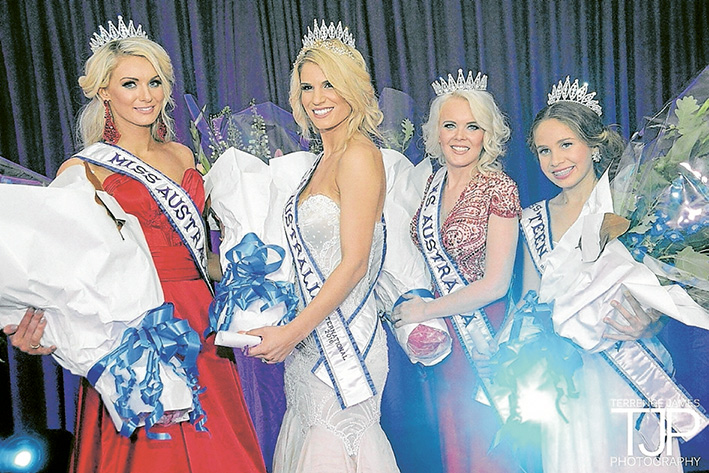 The finals of the competition which recognises gifted women from across the continent were held in Sydney earlier this month.

Ms Martini is now setting her sights on the international stage of the quest, to be held in Jacksonville, Florida, United States, in July.

“I will compete against women from all over the world for the title of Miss International,” the 27-year-old said last week.

“Unlike pageants that focus mainly on beauty, this contest emphasises the talents, accomplishments, personalities, and societal contributions of its participants.

“Contestants are committed to a worthwhile cause of their choosing, and each is allotted time to speak on that issue. In doing so, they are able to educate viewers about the steps that they can take to make a positive difference.”

Over the three days of the Sydney finals, contestants took part in personal branding workshops, etiquette training, rehearsals and interviews.

“The platform I supported throughout the pageant was the Cancer Council Australia,” Ms Martini said.

“Cancer has touched the lives of many people closest to me, including my aunt, nanna and mother. It is at the core of my heart. We all know someone who has been through it, with one-in-two men and one-in-three women in Australia diagnosed with cancer by the age of 85.

“I became an official ambassador for Cancer Council Victoria in 2014, which was a great accomplishment for me. Being a voice and role model for the organisation, and supporting their incredible research, patient support and fundraising programs, is a wonderful feeling.”

The Miss Galaxy Australia 2014 says she feels “really confident” going into the international stage of the competition. “I speak from experience when I say a rhinestone crown and a satin sash do not validate anybody,” she said.

“These are material possessions that, in their own right, carry a certain amount of worth, but it is the person who wears them that brings value to the title, not the other way around.

“Behind every pageant journey there is a story to be told – a tale of inspiration, dedication and commitment to achieving a dream. Pageantry allows a woman to tell her story while challenging herself to become a greater version of who she already is.”

Ms Martini is on the Western Port Festival committee, which wants to bring back events of years past, such as the Miss Western Port Pageant. Known in the 1970s and 1980s as the Miss Shire of Hastings Quest, it was last held in the early 1990s.

“The Miss Western Port Pageant aims to create opportunities for local young women, and to make a positive impact in our community by creating awareness about relevant issues, community groups and events in the district,” Ms Martini said.

“I have been fortunate to be the sole coordinator of the pageant due to my experience and success, and I get to work with the girls in building their self-confidence, self-worth and understand their values.

“I love empowering women. I want to heal the areas of someone’s life where they thought they weren’t good enough.”