By IT GullyNovember 23, 2015No Comments3 Mins Read 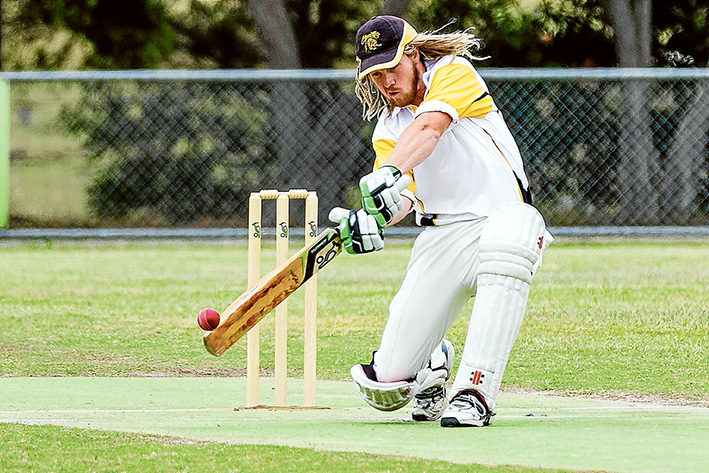 DROMANA sits alone at the top of the MPCA Sub District ladder after smashing Rosebud by more than 100 runs on Saturday.

The Hoppers have been the whipping boys of the competition for the past decade, however, with Darren Kerr at the helm, along with Andrew West, they have been able to turn the fortunes of the club around.

Kerr was sensational yet again on Saturday, scoring 103 after resuming the day on 24. West took his overnight score from 42 to 56 to help set up the win.

Dromana finished the day on 239, a commanding 112 run victory.

Brian Doughty was the pick of the Rosebud bowlers with 4/43.

Hastings is in second place on the table after easily accounting for Tootgarook.

The Frogs started the second day in some real trouble at 4/27 after Tim Birch snared 2/0 and Mitch Floyd 2/17 at the end of the first day.

While Birch and Floyd failed to take any more wickets, Luke Hewitt popped up and snared 4/48.

Travis French top scored for the Tooters with 50, while Jason Lane wound back the clock, finishing with 34.

Balnarring remains in third place on the ladder, despite going down to Carrum Downs by 27 runs.

Chasing 214 for victory, Balnarring picked up the second day at 1/0.

Brad Watson scored 59 and Chris Murphy 40 for the Saints, however, it wasn’t enough to get the job done.

Ryan Lynch, who opened the batting on day one, bowled 16 overs on day two and took 3/52.

Chris Moloney was the best of the Cougars’ bowlers with 4/35.

Ballam Park picked up the 12 points against Skye.

Skye was bowled out for 114 on the opening day of the match but had the Knights in real strife at 7/96.

David Roach and Zac Clements guided the Knights to victory with 12 and 10 runs respectively to take the score to 129.

In the second innings Rob Gruar added 119 to his 78 in the first innings for Skye. He has 334 runs for the season.

Frankston YCW remains in equal fourth place on the table after beating Tyabb.

Jason Bedford top scored for the Stonecats with 71 and Luke Hutchison scored 27 to help the visitors to 7/192 off 58 overs, chasing 185.