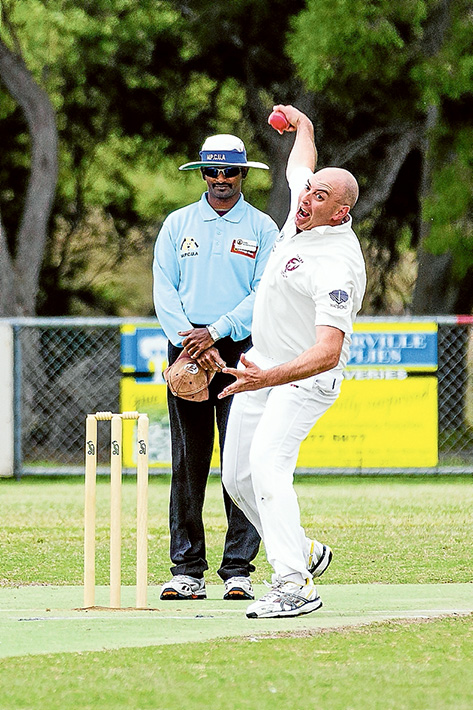 PEARCEDALE has dropped a place on the MPCA District ladder but still remains entrenched in the top four after going down to Red Hill in a nail biter on Saturday.

The Hillmen have now placed a 12 point buffer between themselves and the Panthers while Baden Powell holds top spot after its fourth straight victory.

The Panthers went close to picking up the win against the Hillmen but fell 10 runs short.

However, Red Hill paceman Lincoln Toy entered the fray and turned the match on its head. Toy, together with Brent Martin, took the next five wickets for five runs and rolled Pearcedale for 130.

Baden Powell remains the dominant side in the competition, rolling Seaford with ease.

Chasing 152 for victory, Baden Powell resumed at 1/89 with Nathan Cassano unbeaten on 51 and Rhys Elmi on 25.

Seaford used 10 bowlers, Aaron Peebles being the best of them with 2/46.

Jeremy Graves, who had two wickets overnight, finished with 4/25, while Liam Dobson snared 3/23.

James Abbott top scored for the Ridge with 47.

The Hills resumed at 1/11, chasing the Tigers’ 177 and needed a good start to the day to lay a solid foundation.

Jake Theobald then contributed 32 to help the side get to 7/187 with plenty of overs left in the match.

David James was the pick of the Tigers’ bowlers with 3/34.

Boneo was never a chance of beating Mt Martha, who posted 310 last week.

Losing 4/32 in the middle order cost the Parkers the game.