Science on their minds 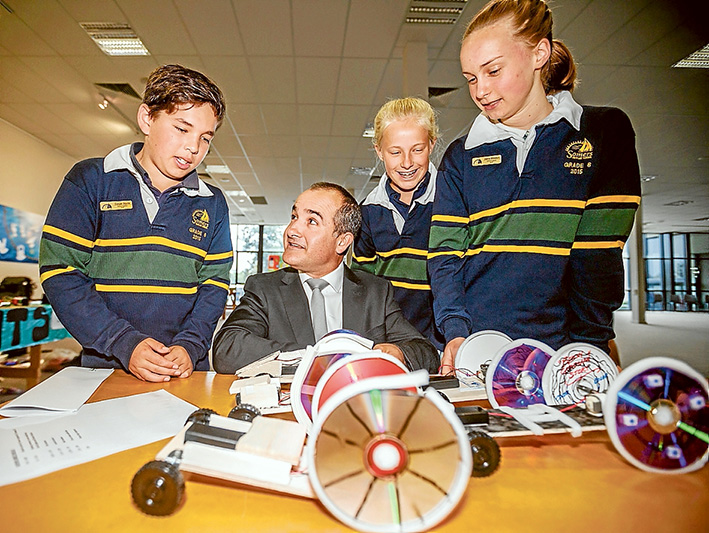 With more than 500 year 5-7 students were at the fair, being involved in science experiments, demonstrations and offering their ideas.

The fair, held in the hall at the New Peninsula Church, Craigie Rd, Mt Martha, aims to support science teaching among government schools.

Mr Merlino said the government was encouraging “excellence in STEM – science, technology, engineering and maths – across the school system”.

“The Secondary STEM Catalysts program will build on Victoria’s existing strengths and train 60 teachers across 30 schools to become experts who can inspire fellow teachers to bring STEM alive for students in years 7 and 8,” he said.

“The $27 million Primary Mathematics and Science Specialists initiative will train 200 primary school teachers to work alongside other teachers in over 100 of the state’s most disadvantaged primary schools.”