Buyout spells end of the line for fresh fish era 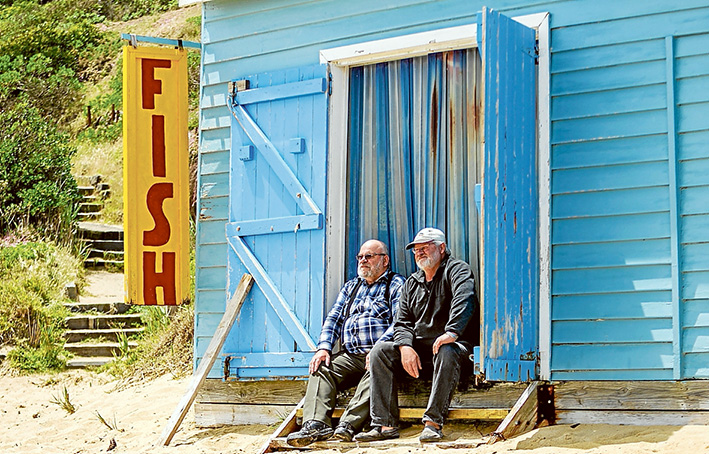 MORNINGTON fisherman Neville Hutchins was in a sombre mood last week when he found out legislation to ban commercial netting in Port Phillip had been passed in the Parliament.

“We knew it was coming but Dalton [his brother and fishing business partner] and I are very disappointed. Our customers are ropeable and I don’t think many of them will vote Labor in future.”

More than 2500 people have signed his petition in the past year calling on the government to reverse its decision.

The brothers are fourth generation peninsula fishermen with George Hutchins arriving at Mt Martha in the 1850s and several other family members working the waters off the southern peninsula and Mornington in the 1800s through till now.

But it will be the end of the line for the Hutchins when they hand back their fishing licences as the government phases out commercial net fishing by 2022.

And a fifth generation Hutchins will never get the chance to carry on the family business – Dalton’s 16-year-old son Scott.

Neville Hutchins is also disappointed about the way the government intends to compensate Port Phillip’s 43 commercial licence holders, only 27 of who are active (he and Dalton have one each that costs $4500 a year).

“The licence has to be renewed every April and the government will remove 10 per cent of the value of a licence for every year we renew,” he said. This would mean many licence holders giving up fishing well before 2022.

A question mark hangs over over compensation for the Hutchins fish shop on Fishermans Beach, Mornington, where the brothers sell about 10 tonne of fresh snapper, whiting, salmon, garfish and mullet each year taken between Olivers Hill at Frankston and Safety Beach. An earlier version of the shop was built in 1890.

Neville Hutchins said licence compo would be based on the “three worst years” of the past five years of catches.

He said when the government banned net fishing in Western Port just before the 2006 election, “we received $2000 each”.

“The net ban hasn’t made any difference to fish stocks in Western Port and it won’t in Port Phillip,” he said.

However, there was a thriving black market for Western Port fish and the same would happen in Port Phillip with amateur fishers selling their catch, he said.

There will be a shortage of local bait for amateur fishers. “There’s a bloke working out of Williamstown who takes about 100 tonne a year of pilchards and white bait [anchovies] so that goes,” he said.

And what will the Hutchins brothers do after handing over their licences? “I can’t speak for Dalton, but I’m 64 next birthday. I know nothing except fishing. Perhaps I’ll sit on the beach and remember the good times.”