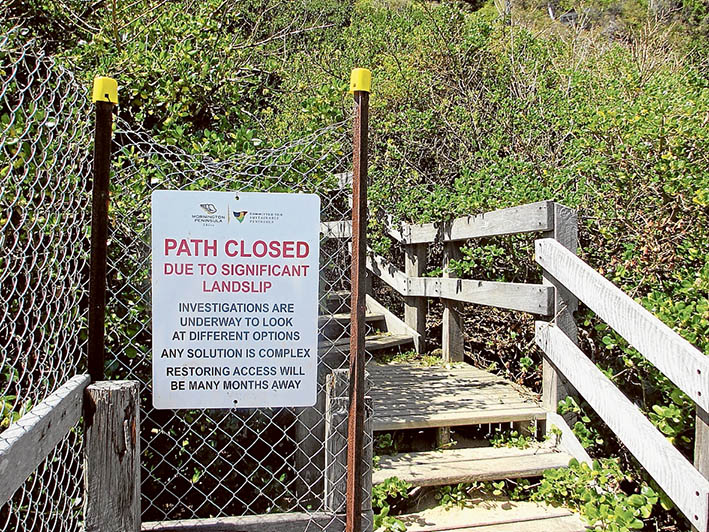 THE Beleura cliff path, Mornington, remains officially closed, despite being used by many people each day.

Safety barriers erected by Mornington Peninsula Shire have been pushed aside, providing access to the cracked and crumbling bitumen path up the steep cliff.

Its use is expected to increase over summer but the shire has yet to say when, or if, the seriously eroded path will be repaired and made safe.

The previous mayor Cr Bev Colomb has praised the state government for a $50,000 grant, although Mornington MP David Morris says the amount falls well short of the amount needed.

A public meeting at the shire’s offices in Queen St, Mornington, will enable residents and members of the Beleura Cliff Path Steering group to questions councillors and officers about why the path remains closed two years after it was affected by a landslip.

The landslip was caused by drainage from properties along the cliff top in Kalimna Drive.