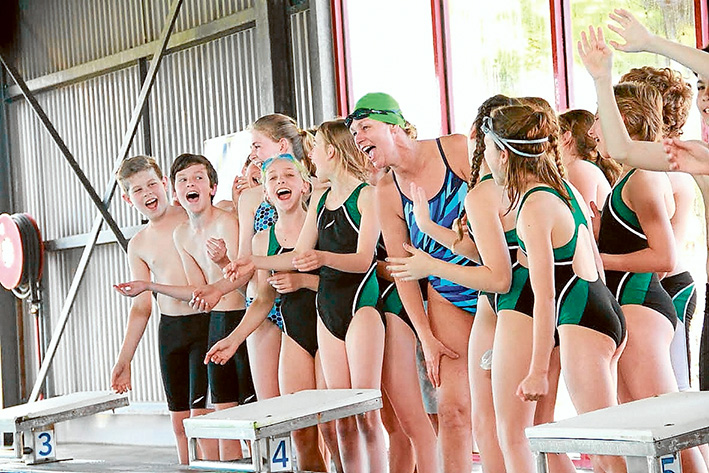 WE take for granted that water will flow from the tap when it’s turned on. It’s a welcome blessing in a first world country.

But that luxury is unknown to impoverished villagers in Ethiopia, leading to a daily chore for women and girls who must fetch water for their families from the nearest well.

The task can be dangerous and exhausting as the wells can be far from the safety of home. The time taken means girls are often forced to neglect their schooling and leading to them missing opportunities open only to those with an education.

Health is also a concern, with consumption of polluted water causing the deaths of one in five children.

A swimathon by pupils of Woodleigh School’s Minimbah campus last year was one of many events held to raise money for wells in the African country.

The idea was put to deputy principal Rod Davies by parent Ross Woodward, of Mt Eliza, who was inspired by the efforts of the Australian trust, WellWishers. Mr Woodward also knew champion swimmer Tammy Van Wisse, who was to become an enthusiastic participant in the fundraising. The pupils swam laps against Van Wisse, helping raise almost $8000.

Mr Woodward said the money is being spent on building two wells in rural villages in Tigray Province.

He says the wells will provide water for hundreds of people, helping ease the daily grind on women and girls and ensuring their schooling becomes a viable option.

Mr Woodward said WellWishers has arranged to place signs on the wells bearing the names of pupils whose efforts made them possible.