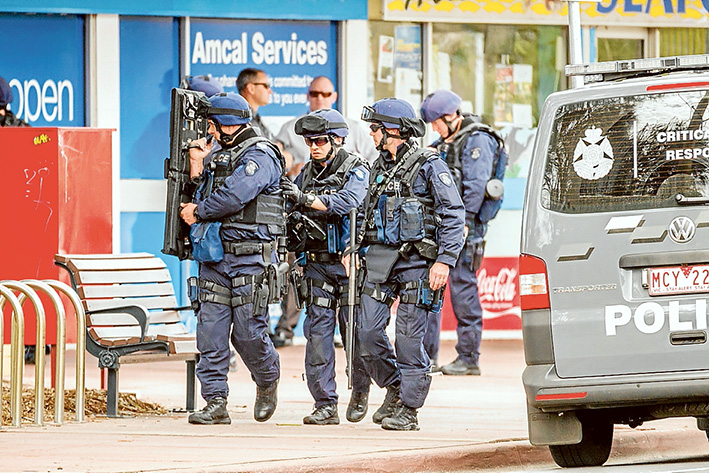 A SIEGE at a Rye cafe ended on Saturday afternoon with the surrender of a 69-year-old who had allegedly held two women hostage for almost eight hours.

Police said the two women were released through the front door at about 3.20pm, followed shortly after by their alleged captor.

The man, allegedly armed with two low calibre handguns, was later charged by police and remanded to appear in Frankston Court on Monday, charged with two counts of unlawful imprisonment and firearm offences.

Police said the outcome, achieved without any injuries, showed the value of patience and negotiation in hostage situations.

“The successful result of the women being released uninjured was achieved through patience by the police and locals that allowed them to do their job,” local police commander Inspector Karen Nyholm said.

Inspector Nyholm, describing the siege as a “volatile situation,” issued an open letter thanking the public for “their understanding and support of our need to keep the area shut down at what should have been a busy Saturday morning for local traders, residents and visitors.”

The drama began at about 7.45am, when a man was reportedly seen entering The Little Beach Cafe on Point Nepean Rd.

The first police on the scene called for back up and at the height of the resulting siege about 80 officers, including heavily armed members of the special operations group, were stationed outside the cafe.

At least one shot is alleged to have been fired into the ceiling of cafe during the stand-off.

Point Nepean Rd was cordoned off between Weeroona and Weir streets and all nearby shops evacuated, including those at the Safeway shopping complex.

At one stage police allowed the owner of a nearby cafe back into the cordoned off area to turn off his kitchen stoves.

It is understood the 45-year-old  who is the proprietor of the cafe and a female employee, 32, were held by the man who is reported to be the owner’s former partner.

Owners of nearby businesses reported that in the past few months there had been frequent arguments between a man and a woman outside the cafe.

Police said the siege was related to a dispute about business and a relationship.

One man told police he had been assaulted and his car attacked by another man when he parked outside the cafe just before the siege began.