It’s tight at the top

By IT GullyDecember 7, 2015No Comments3 Mins Read 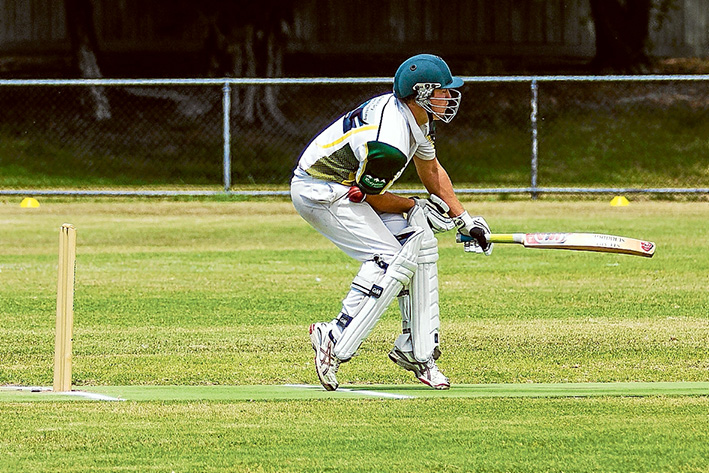 DROMANA and Hastings are locked together at the top of the MPCA Sub District ladder after round five wrapped up on Saturday.

In a very even 2015-16 competition, a buffer at the top of the table and early wins before Christmas are just what the clubs are looking for. The Blues weren’t overly impressive in their match against Balnarring, however they still scraped together enough for the 12 points.

Dromana proved just how tight the competition was, humiliated by Frankston YCW.

The Stonecats are just outside of third place on percentage after picking up the very important win against the Hoppers.

The highest run scorer of the top five was McCann, who opened with 13. The rest scored just 12 runs between them, leaving Dromana bowled out for just 86 after 33 overs. The evergreen Andrew Kitson was at his absolute best for the Stonecats with four wickets, while Lai Leaunoa also claimed four wickets, including a couple of important ones in Kerr and Kaddatz.

Hastings had all but won the game when they arrived at Thomas Barclay Reserve on Saturday. Chasing 94 for victory against Balnarring, the home side resumed at 2/52.

After Al Kristensen (48) and Tim Birch (43) had secured victory, the Blues eventually capitulated and were bowled out for 130. Justin Brown picked up his best bowling figures for the Saints’ season with 4/18, while Brenton Taylor snared 3/14 from seven overs.

Skye were lucky to survive an outright loss to Tootgarook, losing 13 wickets for the day. The Frogs made 9/327 with Matt Whelan scoring a big ton last week.

Skye were never going to get those runs. Whelan backed up his brilliant century with the bat to claim 3/29 for the visitors in the first innings. Skye were bowled out for 93. The home side fought hard in the second innings and finished on 3/71.

Rosebud came within three wickets of victory against Ballam Park. The Buds made 6/242 on the first day of the match and rolled the Knights for 52 in the first innings. Jason Nagel snared 5/26 for the Buds while son Patrick made his 15th wicket for the season picking up 4/20. Ballam Park batted just 21 overs.

In the final match, Tyabb fell 17 runs short of victory against Carrum Downs.