Mornington to host Silvers Circus in 2016 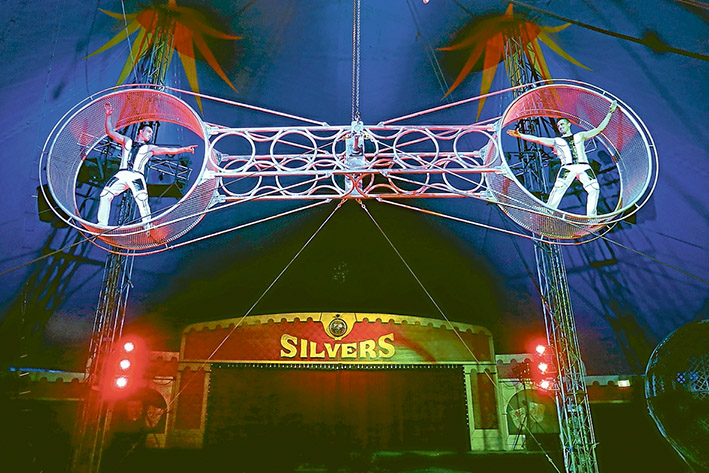 ESTABLISHED in 1976, Silvers Circus provides world class family entertainment and fun. With extraordinary artists continually arriving from all parts of the world, Silvers are proud of the ever-changing program they are able to present.

After nearly three decades on the road, Silvers is a household name in Australia. They still maintain the sparkle, glamour and death-defying acts expected of Australia’s premier circus.

The 2 hour action-packed show, featuring Ringmaster and Master of Illusions Simon Tait, will also include the Wheel of Steel. A young man with nerves of Steel, Dominik Gasser will run, jump, skip and flip through a routine of sheer physical audacity. Its wheels oscillate and revolve from ground level to dizzying heights – such a spectacle is bound to leave you chewing your nails and squirming in your seats.

Also… clowns.  Expect the unexpected.  They’re guaranteed to tickle the funny bone, as is the circus’ latest addition to their repertoire of physical and comedic exploits.

It’s called the Bicycle Act. Justin Valise, its demonstrator, is a professional idiot, specialising in stupidity and acrobatics on a bicycle. Trained at the school of hard knocks and inspired by Murphy’s Law (what can go wrong will go wrong), Justin has created an act that wrestles with the unexpected and really raises the bar.

With hard work and some measure of good fortune, Justin has managed to combine the theatricality of a modern day fool with the physical skills of an acrobat to create distinctive and engaging entertainment.

Go ahead for Devilbend run