Balnarring back in the race 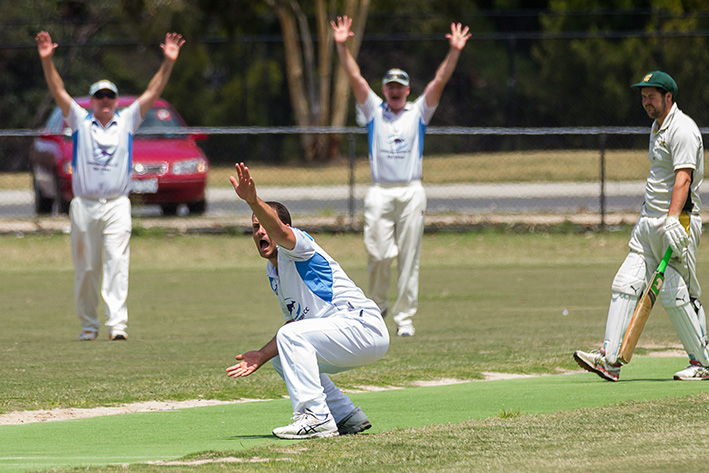 A REAL race for a place in the finals has developed in MPCA Sub District cricket following the opening match of the New Year.

While Dromana and Hastings are nestled nicely in the top two spots on the ladder, there are now six clubs who have claims on the final two positions.

Balnarring is back in the race after knocking over Rosebud in a high scoring clash.

The Buds won the toss and elected to bat at Balnarring Reserve and looked to do everything right on their way to 7/192.

The best of the Balnarring bowlers were Mitch Kleinig (2/46) and Michael Griese (2/35).

However, despite the strong total, the Saints were able to hunt it down. The home side finished with 7/193 off 37 overs.

Andrew Shannon top scored for the Saints with an unbeaten 54 while Mark Walles hit 49.

Jason Nagel was the pick of the Rosebud bowlers with 3/43 from 10 overs, while Quigley and Geoff Glaum each picked up two wickets.

Ballam Park is just half a game outside the top bracket after beating Frankston YCW.

It was a must-win game for the Knights, and they did it after batting first and scoring 7/193.

That was largely due to the sensational innings of David Roach, who opened with a superb knock of 107.

Andrew Kitson claimed 3/39 for the Stonecats.

In reply, the visitors were rolled for 153 after 37 overs.

Lai Leaunoa opened with 58 for the Stonecats to be their highest run getter.

Dean Lefebvre was the star with the ball for the Knights, taking 5/24 from eight overs.

He then scored an unbeaten 33 as the Hoppers scored 6/146 in 40 overs. Jack Fowler was the top scorer for Dromana with 38.

The match between Carrum Downs and second placed Hastings was abandoned due to an unplayable pitch.