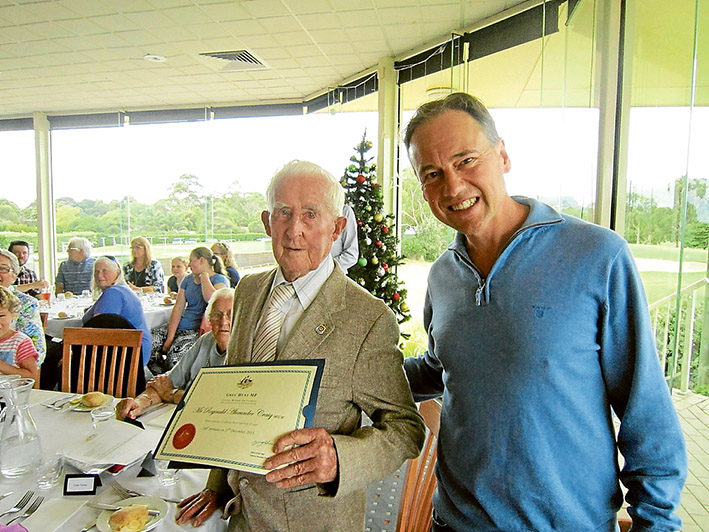 AT 100, Reg Craig is still a force to be reckoned with.

While celebrating his 100th birthday friends recalled his advocacy work within the community and saw proof of his power when Flinders MP Greg Hunt sang along to the Collingwood Football Club’s theme song.

Mr Hunt had popped in to the lunch on 27 December at Rosebud Country Club to congratulate Mr Craig and present him with his certificate. Mr Craig also received a letter from the Queen and the Prime Minister.

At the lunch Mr Hunt thanked Mr Craig for his service to the Rosebud community over the past 40 years, especially for his work at Regis The Grange aged care centre, where he now lives.

Mr Craig has been an advocate for residents at the West Rosebud centre for many years and in 2013, at 97, was instrumental in having the community bus stop relocated and ensuring a bus shelter was erected by Mornington Peninsula Shire.

Mr Hunt said he was “amazed” at Mr Craig’s fitness and “impressed” by his “ongoing dedication to helping others in the community, even in his twilight years”.

Mr Hunt also admitted to the occasion being the first time he had sung along to the Collingwood theme song, a favourite of Mr Craig’s, long-time Magpie supporter.