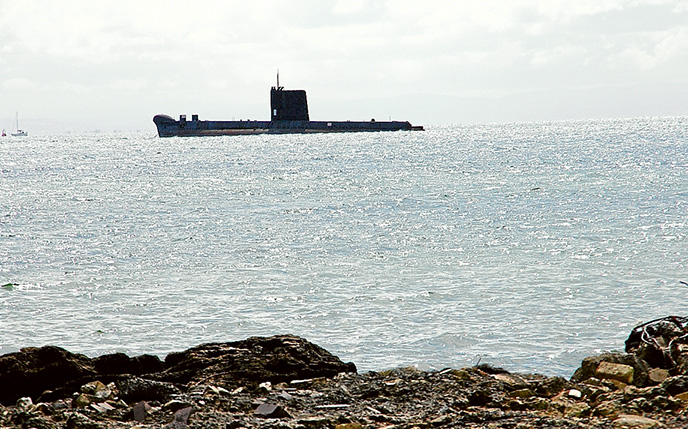 A petition calling for government support and a public meeting planned for either February or March are both seen as crucial to enlisting widespread support from the community, particularly in its hometown of Hastings.

However, the two vessels at the heart of the project – the 2030 tonne submarine Otama and former Port Phillip Sea Pilots ship Wyuna – languish at anchor, both unable to find a permanent berth.

The Otama has been at Crib Point for 12 years and needs $50,000 spent on its moorings by May while the Wyuna is at Bell Bay, Tasmania, after Melbourne City Council said it was unable to provide a berth at Docklands.

The Western Port Oberon Association which plans to use both vessels as the main drawcards and income generators of maritime centre is running low on funds after spending money in the erroneous belief that it would receive $1 million from the state government, no matter which party won the November 2015 election. The money was promised by Liberal Hastings MP Neale Burgess but, unfortunately for the Otama association, his commitment was not part of the Labor Party platform. Mr Burgess was re-elected but his party was not.

Federal MP for Flinders Greg Hunt remains a staunch supporter of the maritime centre and this year acknowledged the dedication of some of the association’s members by presenting them with his own “Flinders Awards”.

Meanwhile the association’s two vessels remain tied up by bureaucractic and financial problems.

The Otama was in trouble from the start of its arrival in late April 2003 when the association’s plans to bring it ashore at Hastings were not supported by government departments which controlled the foreshore.

The association’s president Max Bryant believes the lack of a berth for the Wyuna may have more to do with the government’s intended sale of the Port of Melbourne than space around Melbourne’s wharves.

The woes of the association are clearly stated by Mr Bryant in its December 2015 Sub-Scriber newsletter.

Mr Bryant begins his end of year report by explaining its lateness because of a declining membership (about 130) and “we do not have enough people to tackle all the tasks”.

He says membership fees ($50 a family including joining fee and then $25 a year) will “help preserve our maritime history”.

“The biggest low of the year was our so called million dollar grant prior to the last election. All were ecstatic when we learned we had successfully secured this grant which was supposedly not subject to the election. On the pretence of receiving the grant funds were expended only to discover after the election the funds did not exist,” Mr Bryant stated.

Using figures from a 2004 “Macroplan” by a now former Mornington Peninsula Shire executive, Mr Bryant said “the community has lost $63.7 million dollars in revenue thus far and no one appears to be accountable”.

That 12-year-old report – which was not commissioned by the shire – estimated the maritime centre would employ 40 people, have 50,000 visitors a year and have an income of $4.5 million.

Mr Bryant told The News on Monday that the shire is “100 per cent behind the project, there’s no doubt about that”.

“We’ve now got to convince the politicians and get the people behind us,” he said.

He said “a lot of people, some very important people, are coming to our aid”.

“I hope we’ll have a breakthrough in the near future,” Mr Bryant said.

He said the Maritime Union of Australia (MUA) was “aboard” and backing the project.

The Otama is proposed to be lifted out of the water on the outer seawall of the Hastings marina while the Wyuna would have a wet berth alongside.

Visitors would access both vessels through the maritime centre, with the Wyuna being used as a shore-based school camp.

When advocating for the maritime centre at Hastings, Mr Bryant cites the success of the $24 million West Australian Maritime Museum which opened in December 2002. He says there are now maritime museums at Freemantle, Geraldton and Albany.