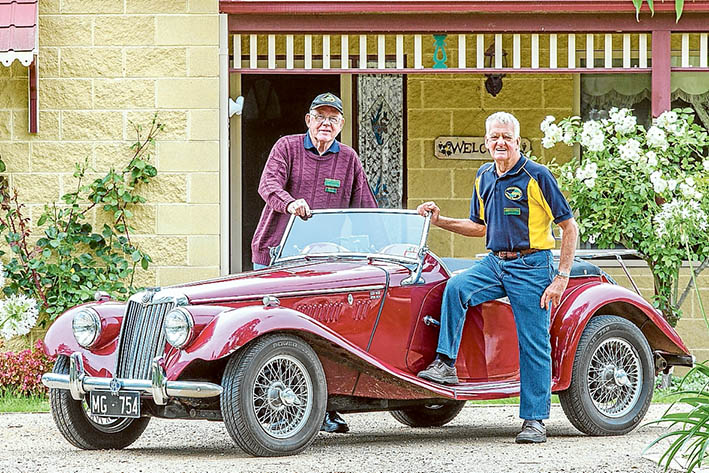 THE car park near Western Port Marina will be filled on Sunday 17 January with 300 eye-catching cars of all makes and models setting off on one of Victoria’s largest veteran, vintage and classic car rallies.

Hastings is one of three designated starting points – and perhaps the biggest – for the RACV’s Great Australian Rally which runs from Melbourne to Mornington and attracts almost 1000 entries.

The 15-year-old rally aims to promote the pleasures of classical motoring and raise funds for the Peter MacCallum Cancer Centre. Last year the rally raised more than $72,000.

Organiser, the All British Classics car club, stipulates that all vehicles must be 25 years and older. Motorcycles and commercial vehicles are also eligible.

Motoring clubs are invited to enter a selection of members’ vehicles in club displays, the best of which will be presented with a trophy. A vehicle selected from the display will then be featured in the RACV City Club foyer.

Judging for section winners is based on the overall appeal of the vehicle, and winning vehicles are not allowed to win again for three years.

Vehicles will be on display at Mornington Racecourse on Sunday 17 January from 10am to 4pm.

Costs:
$10 per person for spectator entry.
FREE entry for children under 14 years.