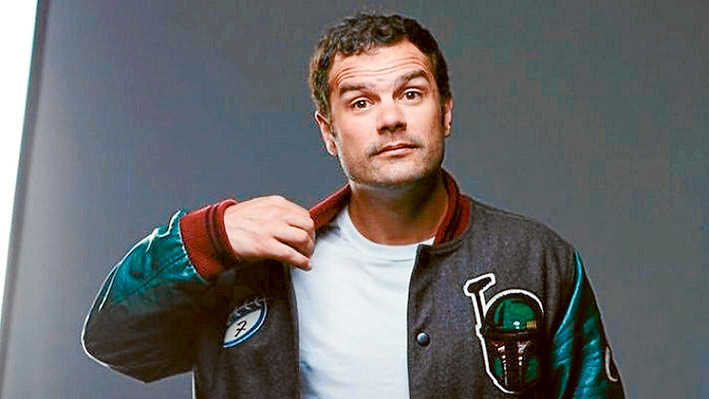 When you career begins in the furthest corners of a sleepy seaside village, nearly two hours from the centre of Melbourne, you’re going to have to put in some serious legwork if the rest of the world’s going to recognise you. Seth Morton lived on the Mornington Peninsula for nearly 20 years before a career in music beckoned him elsewhere. A small market that seemed to cater exclusively to cover bands and a general lack of industry saw the Peninsula of the mid-2000s unable to cater for an emerging artist of his calibre. Seth dropped his last name, adopted the Sentry moniker and left for the big city, where dreams could be realised.

Even if he’d failed in his quest, at least there are some great record stores up in town. “I moved to Melbourne when I was 19… a long time ago. There was no music scene here. There were no live music venues and nobody was into rap music… except for me and one other guy at high school.” Though Sorrento, Seth’s home town, punches well above its weight in the retail sector, the offers were limited. “It was whatever music I could find at the cinema / video shop / CD shop in the village, which is where I got all my music. Luckily, I found Wu Tang albums and Gravedigger CDs, a whole bunch of old school, late-‘90s rap music. If people told me about something I’d have to go and order it in – you couldn’t exactly jump on Spotify!”

The move has been kind to Seth. While he no doubt misses the reverie of old friends at the Frankston skate park, his life changed when he met Perry Chapman, A.K.A. Pez. “I met Pez through a girl that I knew… she said I should meet up with Pez and Matik, so I did. Then I met 360 through Pez, we started doing gigs and writing songs together and Pez ended up producing my whole EP, and a bunch of songs off the next album as well. When you’ve all got similar interests and passions, it’s easy to make friends.”

Thankfully, geography is no longer the creativity-choking force it once was. Yeah, the internet’s been around for a generation now, but what this generation’s done with it in the last decade has permanently changed the world. You can submerge yourself in the greasiest, darkest depths of an industry from the comfort of an arm chair, all the while behind a protective layer of bulletproof glass. Says Seth of the way things have changed, “I felt like I had to make a move to a different area because I physically couldn’t do what I needed to do on a daily basis, or interact with the people I needed to in order to be immersed in the music scene. It’s different now because where you’re at doesn’t matter so much… it’s almost at the point where you don’t need to release a physical CD anymore.”

That’s not to suggest that pursuing Seth’s path would be easy now. In a world where everybody has become a publisher, the next competition for your listener’s earballs is already in post-production. The technology might be more readily available, but that doesn’t mean ability is. “I started writing music when I was 15, so yeah, it took a long time. But it never felt like it because I was so immersed in it, enjoying what I was doing, approaching every open mic night I could. It never felt like a long time coming because I had my head down in it, and I actually loved the process.” His best advice for the budding rapper or hip-hop artist is “the more you write, the better you get, and the more you immerse yourself in it, the more people you’re going to draw toward you.

“Or you could be like Adele, and sell 3.8 million copies in your first week!” Yes, or that. But for the rest of us, what matters is that you’re passionate about creation. Without that drive, with only a destination in mind, promising young artists lose their way, succumbing to old marketing tricks to get eyeballs and likes on pages. “They essentially become ‘meme’ pages. They don’t post any music, they’re not personable, it’s just about posting funny shit.” Which, ironically, can really subtract from the impression one might wish to cultivate. Perhaps even more ironically, Seth himself was once “that annoying dude who was spamming everyone my music, trying to get everyone to listen, once I’d made the decision to really go for it.” Even so, it was always about the music.

Which brings us to our third and final irony in this literary trifecta – Seth isn’t entirely about music 100% of the time. While an artist having hobbies and interests outside their field isn’t exactly news (or, for that matter, ironic), it can make them human, connecting an artist to their community roots. For Seth, that’s gaming and skating. Konami’s latest entry, Metal Gear Solid: The Phantom Pain (starring Kiefer Sutherland) was passing the time until his game bugged out and he lost his progress. Enter, Star Wars Battlefront…unfortunately, that’s about all the info you’ll get from Wikipedia – he’s even managed to keep his date of birth hidden, apparently unintentionally.

But even Seth Sentry needs to leave the house for inspiration. No longer able to “skate the park” in Frankston, he’s sought adrenaline through 10,000-strong crowds at festivals like Falls. “I still skate, but everything hurts now! Apart from the fact I just broke my foot recently, when I fall off a skateboard these days everything is in pain.” A good enough reason to stick to the festival crowds, although he notes the different ambience in such an arena compared to a one-night headline act.

“The intimate stuff is cool, but with 10,000 kids going mental, it’s hard to pass the festivals. It’s a little more detached, you’re there to perform and the crowd’s so far away from you that you can’t see any individual person’s face, they just become one big, hard-to-see entity. And that’s great – you turn it on, people go wild and you get a nice adrenaline rush and I love that, but I also love the intimate side of things. Gigs where you can actually talk to people, have the audience yell shit out, and feed off it.”

As for the rest of the year? Seth Sentry’s returning to Melbourne’s south east at the end of the month to rock the Chelsea Heights Hotel, and that’s actually close enough to the Mornington Peninsula that there might even be a few familiar faces in the crowd. He’s got a couple more tours to knock over for this album, at which point he’ll whisk himself away to somewhere comfortable yet inspiring, somewhere he can do some serious writing. There’s “a bunch of surprises coming out this year, little features and stuff that I can’t get too specific about.” We love surprises, especially when coupled with vague descriptions of activity, because that usually means something big is looming. Stay tuned!

Seth Sentry is playing at the Chelsea Heights Hotel on Monday, 25th January, 2016.

Tickets available at the venue or from oztix.com.au.