Parkers still in the mix after missing outright win 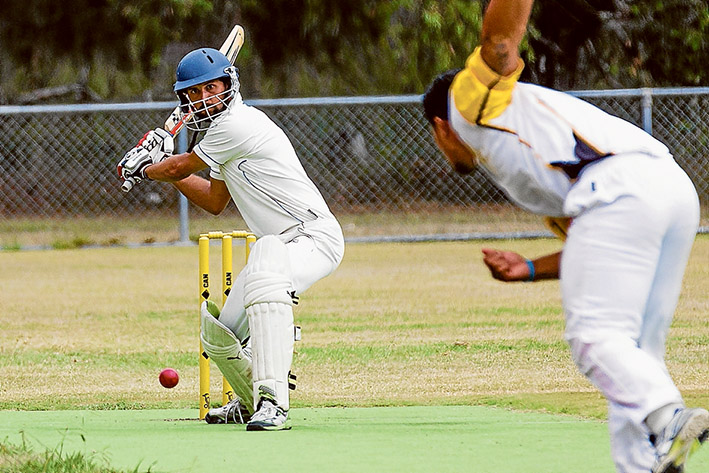 DELACOMBE Park failed in its attempt to pick up an outright victory over Seaford Tigers on Saturday in MPCA District cricket but is still a smoky to play finals.

The Parkers were on the verge of victory after the first day’s play after scoring 175 and then having the Tigers in real trouble at 5/72 at the end of the day.

The Tigers made just five more runs before being bowled out for 77. Shane Deal claimed 4/21 and Andrew Stapleton 3/23 for the Parkers.

Delacombe Park then made 99 in 35 overs with Rowan Charles top scoring with 24 before sending the Tigers back out for another hit. Jordan Watters claimed another three wickets to give him six for the match.

The Parkers looked on target for the outright when they had the Tigers 4/19, however, Matt Meagher (36) and Darren James (26) ensured they survived the day. The Tigers ended on 6/95.

Pearcedale has lit up the finals race with a three wicket victory over Baden Powell.

Chasing 186 for victory, the Panthers got the runs with three wickets and a handful of overs to spare.

Brad Trotter and Matt Cousland put on a 59 run opening stand, which is just what the Panthers were looking for.

Max Blackburn then brought his “A-game” yet again and his 66 in the middle order, together with Chris Dew’s 24, was enough to get the Panthers across the line and within 12 points of second place.

Sam Harrison was the pick of the Baden Powell bowlers with 3/33. After such a dominant season to this point, the loss certainly won’t be a bad thing for the Braves.

Hayden Moulton got the Lions away to a flier at the top of the order with 53 and Jake D’Atri (23), Ryan Dyer (24) and Lachy Dobson (23) then added some grunt in the middle order.

When Andy Johnson came out to bat at number 11 with a broken elbow, the Lions needed another 21 runs to win.

Johnson scored an unbeaten 16 but it wasn’t enough to get his side over the line. Rory Brown was the last wicket to fall with the score on 199.

Heatherhill remains in touch with the top four after a big win over Boneo.

The Hills made 185 in their first innings before rolling Boneo for 111. The Hills then sent Boneo in once again, however, they survived an outright attempt and finished on 6/116.

Flinders was always up against it to score 304 to claim victory over Red Hill. They fell 65 runs short.

Andrew Power with 82 was the stand out for Flinders in the chase. Matt Grayson opened with 29, Tom Clements scored 24 and Dwayne Field 26.

Brent Martin and Andrew Mock were the keys in the win for the Hillmen, claiming 4/81 and 4/40 respectively.

Mitch Darville top scored for the Reds with 31 while Brett Wilkinson scored 26.

Adam Bryant was the pick of the Main Ridge bowlers with five wickets.