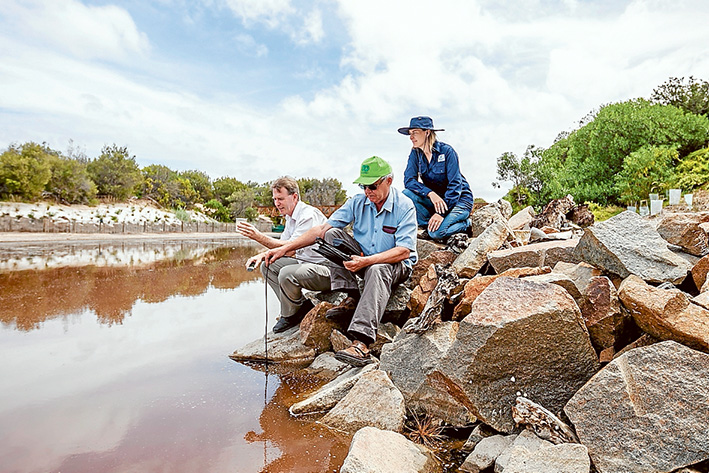 HYDROGEN sulphide gas levels in Merricks Creek are being monitored daily to avoid danger to campers and beachgoers.

Melbourne Water gave the monitoring equipment to the camping ground to measure the gas levels – which cause a strong odour – but, so far, the results are “well below levels that would trigger a response”.

The move comes as Balnarring Beach Community Association president David Gill warns that “dangerous hydrogen sulphide and methane gases from Merricks Creek are being monitored daily and closure of our camping reserves is a possibility.

“However authorities have not, to our knowledge, warned local residents of the danger,” he said.

Melbourne Water Regional Services (South East) manager John Woodland says he is “working closely with Lord Somers camp ground management to monitor levels of the naturally occurring hydrogen sulphide gas to ensure that it does not pose a risk to the health of campground users”.

If hydrogen sulphide levels exceed trigger levels, Melbourne Water said Mornington Peninsula shire “would ensure that the responses outlined in the environmental management plant for the foreshore reserve are implemented by the relevant agencies”.

The shire’s acting manager, renewable resources, Jess Wingad, said Melbourne Water had built a sand groyne in November to mimic the natural closing of the estuary during summer [to] prevent any more seagrass from entering the estuary.

“Melbourne Water, the Merricks Creek Working Group and Mornington Peninsula Shire are liaising closely with the Merricks Estuary Watch group and the community to monitor the site to gauge how the estuary responds to the mouth closure,” she said.

“The temporary closure is part of a longer-term strategy to reduce the odour that has been present in the region for several years.

“It aims to reduce the seagrass accumulation in the creek in the short term so that works can be completed to the creek mouth to improve the natural hydrology of the estuary.

“Odour levels have been well below any trigger levels or health indicators.”

Melbourne Water says there are no plans to close the campground. It said there is no methane gas present in that area.

Questions about the estuary, odour, or the working group, can be put to Melbourne Water’s Customer Service Centre on 131 722.