By IT GullyFebruary 1, 2016No Comments3 Mins Read 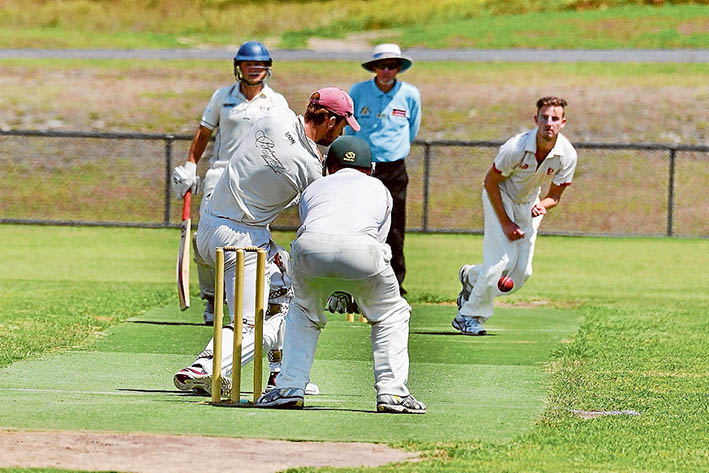 THERE are three tremendous battles going on in MPCA Sub-District cricket in round nine and all eyes will be on their results at 6pm this Saturday.

Sixth-placed Frankston YCW is playing host to fifth-placed Tootgarook, third-placed Rosebud is hosting fourth-placed Carrum Downs and Balnarring and Ballam Park are hoping to keep their slim finals hopes alive as they do battle.

The Knights and the Saints are currently a game and a half outside of the top four and a loss in round nine would end their season.

As it stands, Balnarring needs a miracle on day two to have any chance of winning.

Ballam Park batted first on Saturday and made 249, thanks largely to 98 from Zac Clements and 40 from Callum Savio.

The Knights were in some strife at 4/68 before Clements and Savio were joined together at the crease.

Tyler Wilton was the best of the Saints’ bowlers with 3/47.

In reply, the visitors crumbled to 4/38 at stumps. Clements has 3/15 from seven overs.

Carrum Downs has set Rosebud 190 for victory in their clash at Olympic Park.

The Cougars won the toss and batted first with keeper Leon McConnell opening the batting and top scoring with 46. Ryan Lynch scored 32 and Nathan Phillips hit 26.

Billy Quigley was the best of the Rosebud bowlers with 4/36 from 19 overs while Pat Nagel snared 3/34 from 20 overs with the new ball. Brian Doughty chimed in with 3/43.

Frankston YCW would have been pretty happy after bowling Tootgarook out for 143 in 71 overs. Lai Leaunoa was on fire with 4/52, while Andrew Kuitson was still at it with 3/20 from 18 overs.

Scott Sterling top scored for the Frogs with 21.

However, the YCW batsmen couldn’t replicate the good work of the bowlers and at stumps, were in real strife at 3/5.

With no Jason Bedford in this game, the Stonecats appear to be up against it.

Matty Whelan has all three wickets and finished with figures of 3/4.

Dromana all-rounder Aaron Kaddatz appears to be on the verge of winning a game single-handedly yet again, having top scored with 77 in his team’s match against Tyabb and snaring 2/13 from eight overs.

The Hoppers scored 211 in 60 overs on Saturday with Mark Whitehead scoring 34.

Hastings will be looking to shore up second place on day two of its match against Skye.

The Blues made 217 with Luke Hewitt top scoring with an unbeaten 56 and little brother Jake hitting 37. Timmy Birch also scored 34.