Risks, but no shelter for Arthurs Seat 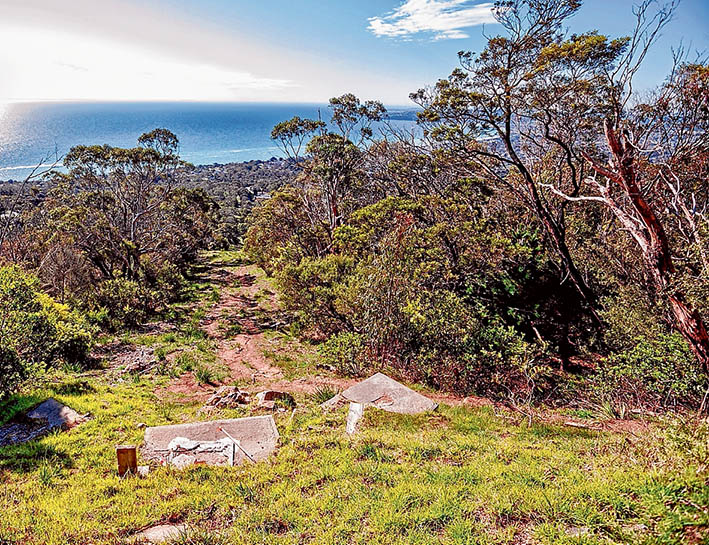 DESPITE the recognised high risk of catastrophic bushfire at Arthurs Seat, there are no plans to build a public bushfire shelter.

Residents and other people caught in the area during a major fire would have to make their own plans because numbers would be limited in the summit station of the Skyift gondola.

Emergency plan documents make clear that when built the Skylift’s top station will cater only for its customers and staff.

The Skylift group is not required to provide shelter for the public.

The building’s capability to defend against a bushfire meets all standards, Mornington Peninsula Shire councillors were told at last week’s meeting.

Details of the emergency fire procedures were revealed as councillors were discussing Skylift’s plans, part of the steps being taken to get full approval for the contentious project.

They passed it, as required by VCAT, after debate where concerns were raised about the fire risk at Arthurs Seat, rated as one of Victoria’s most dangerous bushfire areas.

The summit at present has no bushfire shelter. Parks Victoria is responsible for the site but there has never been a suggestion a fire shelter would be built there, despite the authority’s anticipation of greater crowds attracted by the gondola ride.

A member of the Save Our Seat protest group, Alison Laird, made a submission to councillors about Skylift’s emergency procedures. Councillors then questioned her, and bushfire expert Amalie Tibbits, representing Skylift, for more than an hour.

The emergency plans include who is in charge in an emergency and procedures for getting passengers out of the gondolas.

A difficulty raised is that half of the 34 gondola cars fixed to the endless cable would be heading to the summit, possibly away from a fire, while the others would be heading down the slope.

Ms Laird said residents were well aware of the dangers of the area in which they live and the need to have a fire plan.

But the gondola ride would mean extra people on the summit, including passengers who might leave the immediate area and go walking or have a picnic in the state park.

In an emergency many could seek access to the summit station as the only safe place, or, if their vehicles were parked at the summit, could try to leave in blinding smoke down dangerous roads.

These people would make it more difficult for locals to implement their fire plans, since they would not necessarily be familiar with the area.

Fires have been timed at taking seven minutes to traverse the steep slope. Three roads lead to and from the summit, all of them narrow and tree-lined. The road on the Port Phillip side of the hill would almost certainly be unusable because of its steepness and sharp corners.