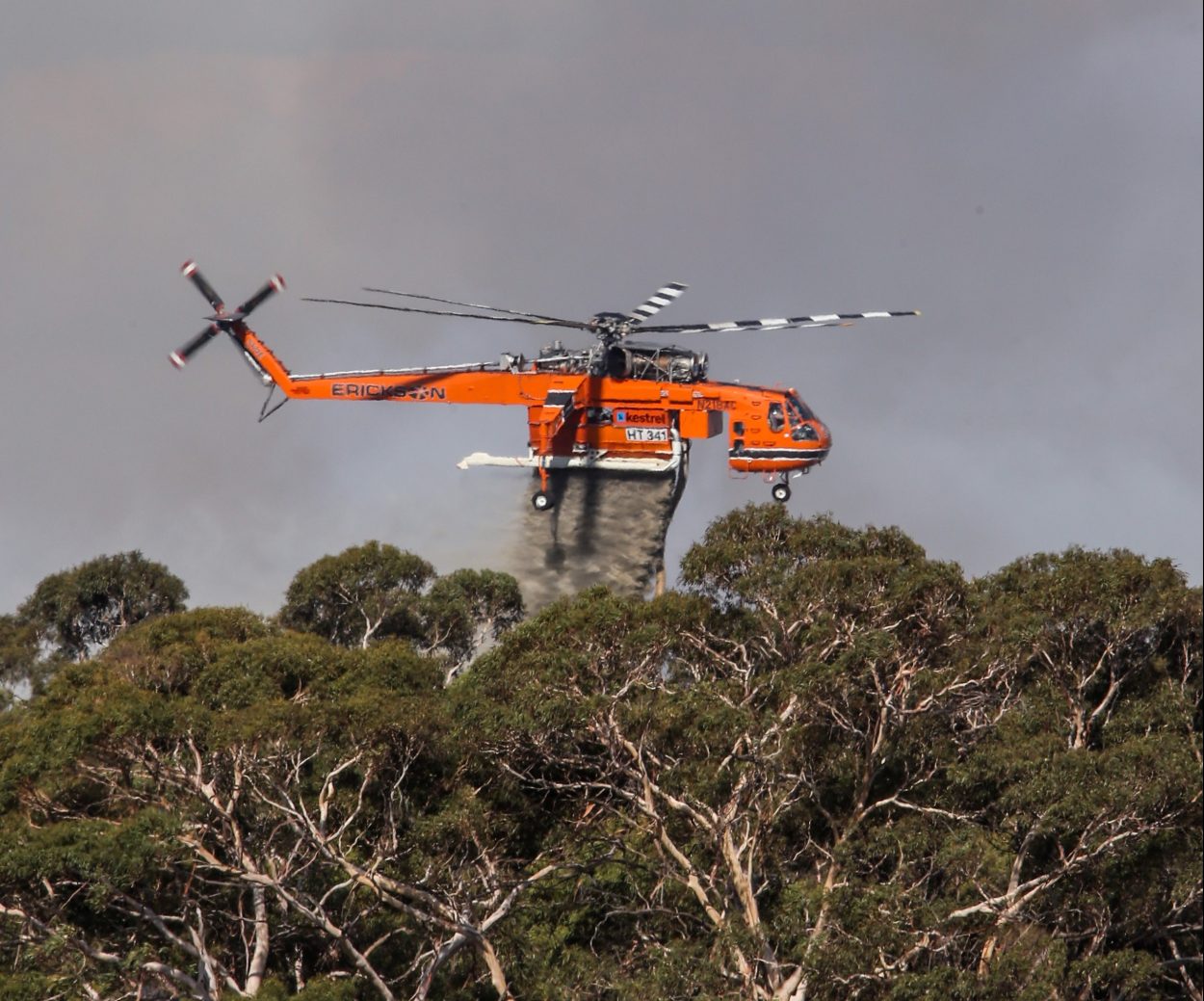 THE lack of suitable fuel depots for giant fire-fighting “air cranes” means the Mornington Peninsula is less well protected against catastrophic bushfires than it could be.

The fuel, called AVTUR, is not stored anywhere on the peninsula, meaning the air cranes have to travel back to either Moorabbin or Essendon airports for refuelling – or depend on a road tanker from the refinery at Altona.

During the disastrous – but relatively small – 18 January fires at Crib Point, a tanker was sent from 83 kilometres from Altona to refuel the Erickson water bomber at Tyabb. It was delayed by heavy traffic and is banned from road tunnels.

The water bomber crews elected to fly back to Moorabbin to refuel, but were recalled to Tyabb when the road tanker arrived, losing fire-fighting time.

The size of the air crane’s payload is described as a “fine balance” between its fuel and water loads – meaning the less fuel it has to carry the more water it can dump on a fire.

On 18 January one house and several outbuildings were destroyed. No lives were lost, but the day could have been worse and fire crews are bracing for more dangerous fires in the future and having the special fuel on the peninsula would give them an advantage.

He said a peninsula depot for AVTUR fuel was urgently needed. He said an incident at Portsea “a couple of summers ago” – when emergency services helicopters wasted precious minutes flying back to Moorabbin to refuel while searching for a missing woman – proved his point.

Mr Vevers said emergency services helicopters, including police search-and-rescue helicopters monitoring Western Port and southern Port Phillip, would also be able to use the expensive fuel, which would have a six-month use-by date before “going off”.

He said it was not up to the airfield to “justify or instigate” development of an AVTUR depot. “It’s [Mornington Peninsula] shire’s responsibility,” he said. “We are just a willing participant.

“We are keen to support the air crane at Tyabb as well as fixed wing and rotary if that would help improve their fire-fighting capabilities here.”

Cr David Garnock, whose Cerberus Ward was most affected by the 18 January fires, said the shire’s municipal emergency management planning committee had asked the aero club to submit a written proposal for the AVTUR depot.

“I’m not shooting it out of the water. If it’s got legs I will push it, but it’s up to the Tyabb airfield to establish the case.”

Cr Garnock said other considerations included justifying the expense of keeping the fuel here “just to be ready” when the CFA was already experienced in managing its own fuel supplies in emergencies.