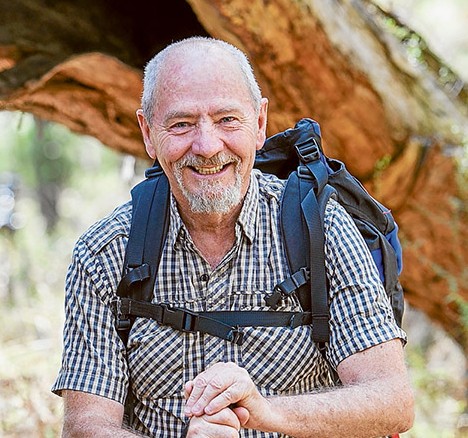 ALTHOUGH there is no chance of offering travellers a cathedral at the end of their journey, Michael Leeworthy believes a walking track on the Mornington Peninsula could gain some international popularity along the lines of the celebrated Camino de Santiago, which runs from France to Spain.

Also known as the Way of St James, the Camino has four pilgrimage routes to the shrine of the apostle St James the Great in the Cathedral of Santiago de Compostela in Galicia, north western Spain.

Thousands of tourists follow the Camino de Santiago each year – or sections of it – either to see the sites or as a form of spiritual path or retreat for their spiritual growth.

Michael Leeworthy, an artist who runs a gallery at Red Hill, envisages combining three existing peninsula trails to form a 100 kilometre circuit that could be completed by “a very fit person” in three days or take school groups four days.

But to achieve any sort of popularity the “Camino de Mornington Peninsula” needs a network of camping grounds and facilities.

Mr Leeworthy says the peninsula “camino” – which can be translated as a path, track or journey – would involve joining the existing Two Bays, Coastal and Point Nepean and the Bays tracks.

It would be called the Mornington Peninsula Walking Track.

“In our little town of Red Hill I know of at least 10 men and women who have flown to France or Spain to walk the Camino,” Mr Leeworthy said.

“I know of one gentleman who has been seven times and I personally have made the journey on four occasions and have taken my son and daughters on separate occasions.”

“The same could be said for the Cradle Mountain track in Tasmania and the famous walking tracks in New Zealand … not to forget Kokoda [Papua New Guinea].”

Mr Leeworthy said Tasmania has “just released the Three Capes track and no doubt Australian and international walkers will be flocking there taking their tourist dollar with them”.

“The Great Ocean Road walk has proven to be very popular with designated camping sites at regular intervals.

“We have right here on the peninsula one of the most beautiful walking tracks in the world … and it is easy to take it for granted as it is in our own backyard.

“Although there has been a lot of work done in creating a map and website, what we don’t have is designated camp sites.

“What the peninsula walk has over many is that it is a circuit track … the walker can finish where they have started.”

Mr Leeworthy is lobbying Mornington Peninsula Shire councillors to back his plans to develop a track.

“Our schoolchildren backpack around Wilsons Promontory and the Great Dividing Range, but this walk is so close and at 100 kilometres in length would prove to be very beneficial and a lot less expensive for the parents.

“Europeans would come in our off season as our winter weather would seem balmy compared with theirs.

“All we need are designated shelters, toilets and drinking water at convenient distances and the track will be really well used.”