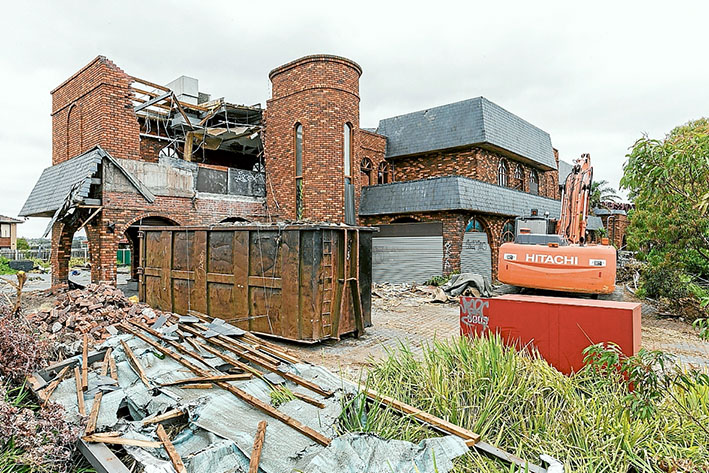 THE Ambassador Hotel function centre in Frankston is being demolished but the site is back on the market after a sale at auction late last year fell through.

Winning bidder Harry Matsoukas said he was “not involved with that any more” when contacted by The News last month.

Lender the Jadig Group repossessed the property at 325 Nepean Highway late last year after previous owner Joanna Kordos, who had planned to build 37 apartments at the site, did not make loan payments.

Jadig Group managing director Jack Gringlas said the company had decided to demolish the function centre since Frankston Council had grown increasingly frustrated with repeated failures by Ms Kordos to tear down the building, regarded as an eyesore and magnet for drug users.

“I took the view that if we have to put it back on the market it’s going to be much more saleable as a vacant block,” Mr Gringlas said.

Mr Gringlas said the Jadig Group is in negotiation with several potential buyers and is looking for about $2.5 million for the property.