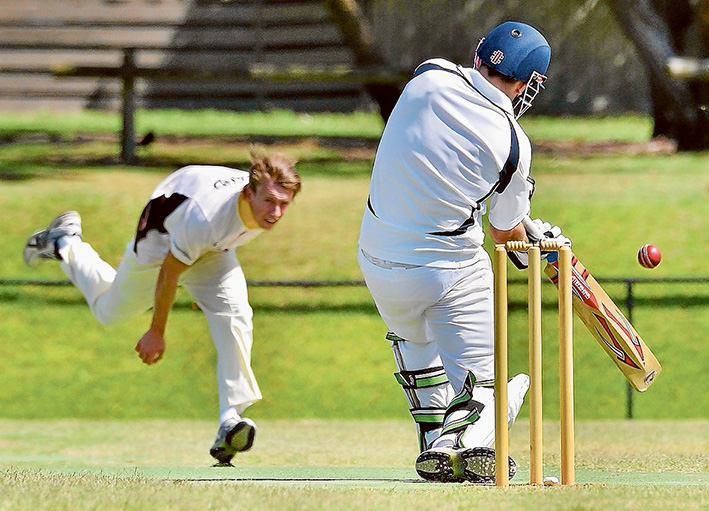 THE 2015/16 MPCA Sub District season is going to go right down to the wire after the conclusion of Round nine on Saturday.

Whilst the top two positions on the ladder have been tied up for some time with Dromana on 104 points and Hastings on 94, the real battle sits from third to seventh.

Carrum Downs is currently in third place on 66 points and Rosebud is hanging onto fourth place on 60 points. These two sides clashed in Round nine and it was the Cougars who came out victors by 39 runs. Rosebud would have given themselves a 12 point buffer in third place with a win.

Now the Buds are hanging on for dear life with Frankston YCW also on 60 points and Tootgarook and Ballam Park just a game further back.

In the final two rounds of the season, Rosebud faces Hastings at home and then plays Skye in the Round 11 one-day fixture to end the home and away season. The Buds have to beat Hastings this round and should be too strong for Skye.

Frankston YCW hosts Skye in Round 10 and finishes with Balnarring in the final round. You would say the Stonecats are favorite to win both of these matches. On Saturday, the Stonecats were able to score 9/152 against Tootgarook after resuming at 3/5 overnight, chasing 143. It was a confidence-booster for the Stonecats with Matty Lane dragging them over the line with his best hit of the season (95).

Tootgarook is in sixth place and now a game outside of the top four. A win against YCW would have them right in the mix.

The Frogs host Balnarring in Round 10 and play Tyabb at the pond in the final match of the season. A betting man would also have Tootgarook winning two from two.

The other side in the mix is Ballam Park. The Knights smashed Balnarring on Saturday after scoring 251 in their first innings and bowling out the Saints for 157 (they resumed at 4/38). The Knights play Tyabb and Carrum Downs in the final two matches. It will be a tough ask to beat the Cougars, who have to play Dromana this round. A loss here would see Carrum Downs having to win the final game against Ballam Park to play finals.

The Round 11 one day game between Dromana and Hastings should be very interesting, given they just may meet again on the final match of the season.

The Blues went within one wicket of picking-up an outright win against Skye. Defending 217, the Blues bowled out Skye for 58 and had them 9/123 in the second innings.