Hills give themselves a shot 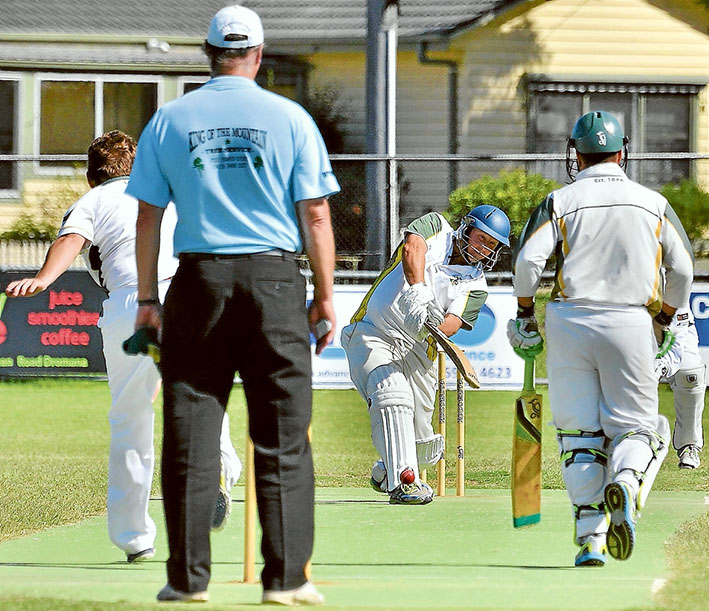 WITH its 2015-16 season hinging on a win, Heatherhill is in a sensational position against the top of the table and seemingly untouchable Red Hill.

With MPCA District games all over the peninsula having a massive bearing in the second last game of the season, the Hills v Hillmen was one of the games to keep an eye on.

Heatherhill batted first on Saturday after winning the toss and made 197.

The visitors were in some trouble at 5/66 and 6/85, before Nathan Martin (89) and Brett Maxwell (37) were brought together at the crease.

The pair were able to put on almost 100 to eventually give the scoreboard some respectability and the team some hope of victory.

Simon Dart was superb with the ball for the Hillmen, picking up 6/50 from 18.3 overs.

The home side needed to bat out the final 16 overs of the day and suffice to say that things went a little pear-shaped for the Hillmen, losing 5/36.

Simon Dart kept putting in ‘night watchmen’ to stem the tide, however they kept losing their wickets.

Rheede Hopgood, Mark Merrifield and Nick Esipoff were all out for ducks. Riley Shaw is not out at the top of the batting line up on 14, Nick Shaw is not out on eight and Simon Dart is still to come, along with Brent Martin.

Ben Davies was magnificent with the ball for the Hills, taking 4/18 from seven overs.

One believes that despite having their backs to the wall, the Hillmen are still every chance of scoring 200.

Baden Powell is looking to turn its form around against Mt Martha, however, after day one, the game is in the balance.

The Reds batted first on Saturday and made 164, thanks largely to 66 from Brett Wilkinson.

In reply, Mt Martha has picked up the wickets of Tom Wood and Elmi to have the visitors in some trouble at 2/27.

Max McKenzie has 2/11 from eight overs for Mt Martha in his first senior game since before Christmas.

Seaford can lock away a place in the top four with a win against third placed Pearcedale.

The Panthers won the toss and batted first on Saturday and made 9/210 in their 80 overs.

Matt Cousland top scored for the home side with 45, while Max Blackburn and Shayne Gillings both hit 39.

Andy McMannis was the best of the Seaford bowlers with 4/24, while Ali Mortaza claimed 3/79.

Flinders has set Main Ridge 243 for victory in their must–win match at Ditterich Reserve.

Shane Beggs was the star for the Sharks with an unbeaten 98, while number 10 batsman Liam Wolters chimed in with 43.

The Sharks went through a couple of tough spots throughout their innings where they were 3/23 and 8/128.

Bailey McLellan was superb for the Ridge with 4/36 from 20 overs.

In matches that have no bearing on the make up of the top four, Seaford Tigers have set Carrum 268 for victory after skipper Matthew ‘Chippa’ Meagher smacked an unbeaten 148 and Ash Mills hit 40.