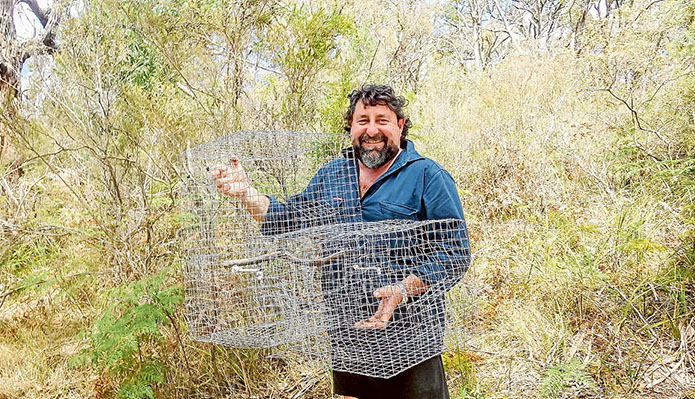 ANY species that can beat the cane toad and feral cat to the title of “Worst Pest in Australia” for their deleterious impact on native species deserves to be taken seriously.

Indian mynas appear to wear that tag with pride.

The aggressive, territorial pests are a serious threat to native birds and other small animals. Also called common mynas, they are rated by the World Conservation Union as one of the world’s 100 most invasive species.

Fauna ecologist Malcolm Legg will discuss how the birds are devastating our biodiversity and how we can help control them. State-approved techniques for humanely euthanising the birds will also be addressed.

Landcare group president Rob Nigro will show how to build a wire mesh cage, providing the materials and an instruction booklet.

Mr Nigro sees the workshop as a way of highlighting the impact of pests on native species.

“Indian mynas out-compete native birds for habitat, hollows and food,” he said. “Controlling their population is part of maintaining biodiversity.”

Mr Legg said the aggressive nature of Indian mynas during breeding season saw them “hassle and evict native birds and small mammals, such as sugar gliders, out of tree hollows. They may also kill native chicks and destroy eggs”.

“Controlling mynas will stop them taking over important breeding hollows and help stop the spread of diseases and parasites to native birds,” Mr Legg said.

“The Cairns Remove Indian Mynas Group, working with their local men’s sheds, has removed about 40,000 birds since they began in 2011,” she said. “It would be great to get a similar movement happening here.”