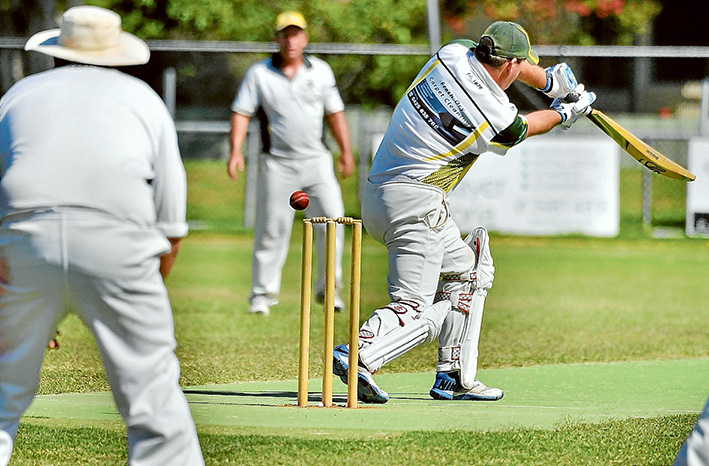 FRANKSTON YCW has geared itself up for a massive swoop on the top bracket after the completion of day one in MPCA Sub District cricket.

Coming into the second last round of the home and away season, YCW is in fifth place on the ladder, equal with Rosebud and six points behind third-place Carrum Downs (66).

An outright victory against Skye in Round 10 would put the Stonecats in a superb position heading into the final game of the year against Balnarring.

Frankston YCW then went after quick runs, batted 31 overs and declared at 7/135.

Meanwhile, fourth placed Rosebud is locked in a battle against second placed Hastings.

A total of 14 wickets fell on the opening day of the match. Hastings lost all 10 wickets for just 120 runs, the evergreen Jason Nagel claiming 7/43 and his son Patrick claiming 2/25 for the Buds.

Hastings then produced with the ball and at stumps have Rosebud 4/34, still 86 runs behind. The Buds still have some batting to come.

Mitchell Floyd has 2/19 for the Blues.

Carrum Downs has already lost its match against top of the table Dromana.

The Cougars batted first on Saturday and were rolled in 36 overs for just 48 runs. Ryan Lynch top scored with 12.

In reply, the home side isn’t travelling well at 5/88 but they are 40 runs ahead with some batting to come.

Chris Maloney was the pick of the Cougars’ bowlers with 4/24 from 14 overs.

Tootgarook will be chasing 236 for victory on the second day against Balnarring.

The Saints batted first with Andrew Dowey top scoring with 41, Michael Griese getting an unbeaten 38 and skipper Brenton Taylor 35.

Ballam Park is looking down the barrel against Tyabb. The Knights batted first on Saturday with Zac Clements top scoring with 30 in the 110 run total. In reply, the Yabbies are cruising at 2/72. Clements has 2/26.