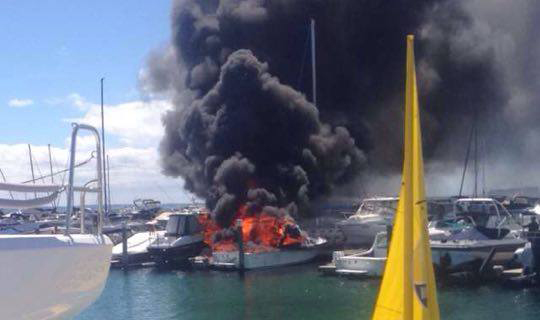 A number of boats were destroyed and a man in his 70’s injured after fire broke out at the Blairgowrie Marina this afternoon.

The blaze started on a boat, believed to be as a result of a barbeque igniting, and quickly spread.

A thick plume of smoke brought onlookers and media to the scene.

It is believed the injured man suffered burns to his face and is in Frankston Hospital in a stable condition.

Investigations are continuing into the fire, and the large clean up effort has begun.