Liberals: Sky rail ‘must be dropped’ 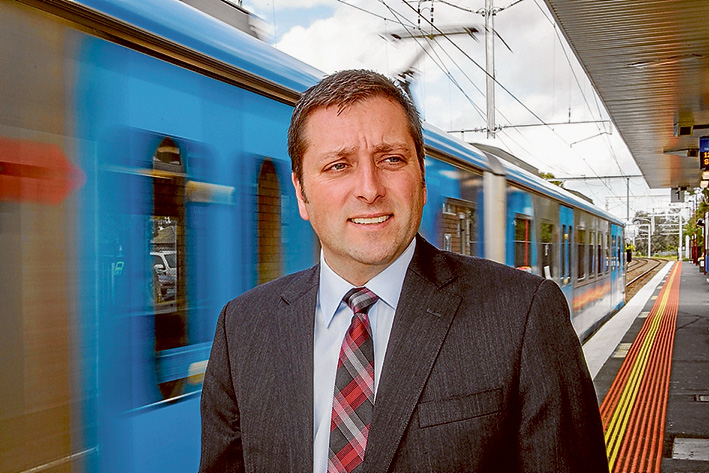 ANY plan to build elevated rail along the Frankston line should be dumped in favour of ‘underground’ rail according to the state opposition.

Liberal opposition leader Matthew Guy told The News he would be willing to back the government’s planned sale of the Port of Melbourne to finance ‘rail under road’ instead of sky rail to remove level crossings across Melbourne’s rail network.

He said sky rail “would be devastating for the Frankston line”.

“It’s not what was promised and would destroy what should be a bayside Riviera for Melbourne,” Mr Guy said.

“If it [rail under road] is more expensive the opposition is prepared to work with the government to get the port sale through to give the government the money to do it properly and I don’t understand why they’re being so arrogant not considering that.”

“We have this government that wants to put dirty great big sky rails – elevated railway – which you would never do anywhere else in the world on your most visually beautiful parts of your city.

The opposition leader said elevated rail is “a substandard option” and previous Liberal and Labor state governments had opted for underground rail to remove level crossings.

State Treasurer Tim Pallas accused Mr Guy of an about turn on the sale of the Port of Melbourne.

“The government has worked very constructively to negotiate with Matthew Guy and the opposition but they are hell bent on holding the government to ransom,” Mr Pallas said.

“This latest U-turn by Matthew Guy just shows that the Liberals have sunk to gutter politics – after all, leasing the port was the same policy they took to the election.”

“We made a commitment to the Victorian people that we would lease the Port of Melbourne, remove 50 of our worst and most congested level crossings, and create thousands of jobs – but the opposition is standing in the way of that.”

“There is no way that sky rail will be acceptable to the residents of the bayside suburbs no matter how Labor dress it up and how much lipstick they put on it.”

“This is a fundamental breach of trust. It’s not what the Labor Party promised at the state election. The reality is nobody voted for sky rail,” he said.

The state opposition raised the spectre of another East West Link style contracts battle, which cost taxpayers millions of dollars, if it wins back government at the next state election and sky rail has not yet been built.

“If there are contracts signed we will renegotiate those contracts with the awarded tenderers and will re-award them to remove those level crossings by going underground,” Mr Guy told The News.