Blues limp into the finals

By IT GullyFebruary 29, 2016No Comments3 Mins Read 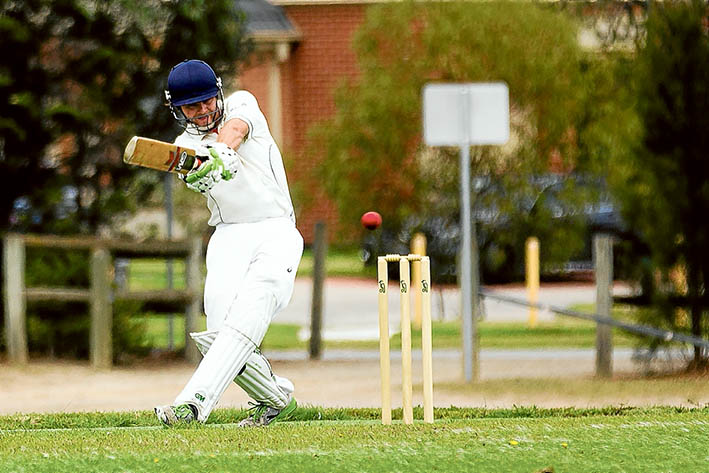 DROMANA will play Frankston YCW and Hastings will host Rosebud in the two MPCA Sub District semi finals this weekend.

As predicted last week, despite Carrum Downs being a mathematical chance of playing finals leading into the final round, Rosebud was never going to lose to Skye and that proved to be the case.

While the Buds won comfortably and finished in third place, the same can’t be said for the Blues.

Hastings was beaten by top of the table Dromana, meaning it hasn’t beaten a top four team this season.

Going into a sudden death final this week, Hastings have won just one of its past four matches. Suffice to say they have limped into the finals.

On Saturday against the rampaging Dromana, Hastings were wobbly early losing 3/26, before Timmy Birch (53) and Luke Hewitt gave their bowlers a target to defend (132).

Dromana’s Jack Fowler made that very difficult however, hitting 69 while Mark Whitehead provided solid support with 32, scoring 4/134 in 37 overs.

Mitch Floyd removed Darren Kerr for one and the Hoppers were 1/1 at that stage, however, by the time Fowler went out, the score had pushed along to 100.

Mathers came to the crease with his side in some strife at 4/28, however, hit an unbeaten 63 and together with Peter Doughty, helped their side to 6/151.

Frankston YCW didn’t fly into the finals as it would have hoped, going down to Balnarring.

The Stonecats batted first and seemed to set a winnable target with the red hot Lai Leaunoa hitting 80 and fellow opener Sammy Preston hitting 33. Jack Greenwood and Jason Bedford then opened the shoulders and helped the Stonecats to a good total of 7/179.

However, Balnarring wanted to finish the season on a high and skipper Brenton Taylor led the way with 76 while Tyler Wilton contributed 47. The Saints reached 5/183 with three overs to spare.

Carrum Downs did the job over Ballam Park with 13 overs to spare.

The Knights batted their 40 overs for 129 runs with Zac Clements top scoring with 43.

Leon McConnell then opened with a quickfire 78 to help Carrum Downs to 5/131 in 27 overs.

Dromana and Rosebud will head into this weekend’s semi finals as favorites.

However, one of Dromana’s rare losses this season came at the hands of the Stonecats in Round five.

The Stonecats hit 7/169 batting first before bowling out the Hoppers for just 86.