Liberals choose their man for Dunkley 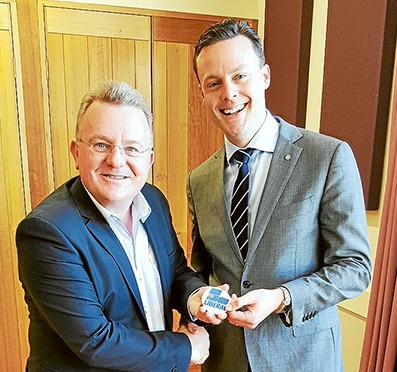 KINGSTON councillor Paul Peulich and former Carrum MP Donna Bauer have missed out on Liberal preselection for the seat of Dunkley at this year’s federal election.

The vote by Liberal Party members came down to the wire between Ms Bauer and Mr Crewther on Sunday afternoon (21 February) at a party convention in Mt Eliza with Mr Crewther, 31, emerging as the preferred candidate.

Mr Crewther unsuccessfully contested the seat of Mallee in 2013 and is a former staffer of Victorian senator Michael Ronaldson.

Sitting Liberal MP for Dunkley Bruce Billson will retire from politics after this year’s federal election, yet to be called by Prime Minister Malcolm Turnbull, after his demotion from his small business ministerial position in cabinet last year after the ousting of former prime minister Tony Abbott.

Mr Crewther, who has a Frankston-based business consultancy, and is married with a six-month old daughter, will face Labor candidate Peta Murphy, a criminal defence lawyer, in the Dunkley electorate contest.