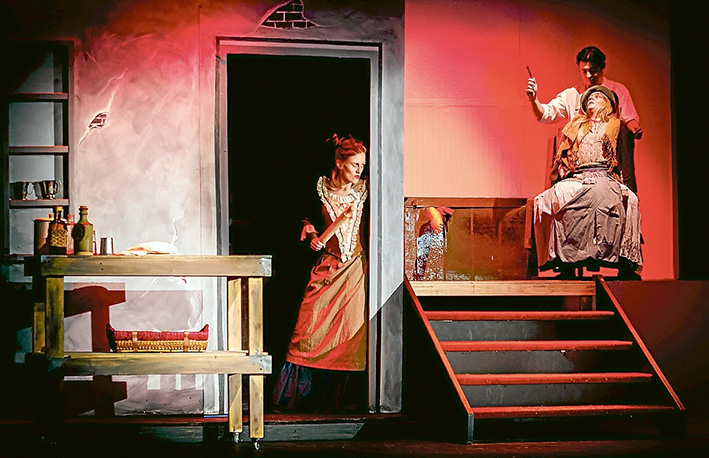 A DARK musical tale of love, vengeance and the best pies in London, Astral Theatre Society’s production of Sweeney Todd will take to the stage at Rosebud Memorial Hall later this month.

Set in grim 19th-century London, the musical tells the story of wrongfully-imprisoned barber Benjamin Barker (aka Sweeney Todd), and his desire for revenge against the scheming judge who exiled him to an Australian penal colony for a crime he did not commit.

Armed with a sharp, straight razor and a mind full of menace and revenge, Todd sets up shop as one of the finest barbers in the city, and joins forces with failing pie shop proprietress Mrs Lovett.

Barbering takes on a whole new meaning. Londoners begin to disappear, while Mrs Lovett’s meat pies are suddenly tastier than ever. But will Sweeney take his delicious revenge before his plot is discovered?

“I’m thrilled to have the opportunity to direct one of Stephen Sondheim’s most popular and lasting musicals,” director Evan Knoble said.

“Sweeney Todd is a brilliant story, full of suspense and drama which explores loss, blood-soaked revenge and retribution, but really underneath it all, it is about love”.

The production has been nominated in the Musical Theatre Guild of Victoria 2016 Bruce Awards for Excellence with a cast led by Greg Stephens as Sweeney and Sheridan Black as Mrs Lovett. It will run Friday to Sunday over two weeks 11-13 and 18-20 March.