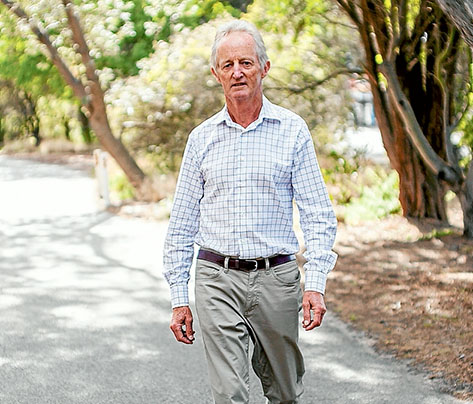 THOSE backing a push to change the name Rosebud West to Capel Sound are gearing up for a council meeting next month when Mornington Peninsula shire will say yes or no to the proposal.

A response in the positive would then go to planning minister Richard Wynne for his support and, later, gazettal.

Between 5 December and 6 February the shire asked residents, ratepayers and the broader community if they thought changing the name would be good for the future of the area.

The shire was assisted by proponents of the change who distributed two separate flyers to the 3500 houses and businesses in postcode 3940. Their aim was to encourage people to think about the proposed change and tell the council what they thought about it.

At the end of the consultation phase the group made a submission to the council putting its case for the change.

Organiser Terry Wright said it was “now up to council to decide whether or not they support the change and they have advised they will do this at their public meeting on Monday 11 April”.

“The discussion this initiative has inspired across our community has already driven a new appreciation of everything that is special about postcode 3940,” he said. “We hope this momentum isn’t now lost.”

Rosebud West would not be the first peninsula township to undergo a name change. Blairgowrie was once known as Sorrento East, McCrae used to be Dromana West, and St Andrews Beach was just a place in the backblocks of Rye.

“Those areas have since gone on to claim their own independent identity, and we think it’s time for us to do the same,” Mr Wright said.

“We don’t believe the name Rosebud West either reflects who we are or helps us in any way. It merely tells where we are located in relation to a place that has its own identity.

“We are not Rosebud, we are our own unique environment, our own individual community and we even have our own postcode. We, therefore, feel we deserve our own, individual identity that will help us to define who we are, and strengthen our character and pride of place on the peninsula.”

But Seawinds Ward’s Cr Antonella Celi said many residents “see no reason for the [proposed] change”.

“It would rate very low on their list of priorities,” she said.

“The majority of residents I talk to don’t want a change and that’s been their view over many years. It’s not even on their wish list.”

She said the group was putting together an action plan and building community cohesion “from the inside and in ways other than changing the suburb’s name”.

“The name change might work on real estate values but we feel it’s best to work from the inside out to improve the community,” she said.

“The name change might be part of the changes but it’s not going to be a silver bullet. It’s just a small piece of the puzzle and, to some extent, it’s becoming divisive.”

The proposed name is already widely used in the suburb. There’s Capel Sound shopping village, Capel Sound foreshore, Capel Av, the Capel Sound general store and the Sound Bar (previously known as The Capel). The name Capel Sound was even mentioned in the first survey of the bay in 1836.

“This is a one-off opportunity to build our identity around a name that respects the things that make us unique and, as a community, allow us to grow strong and proud,” Mr Wright said.

But he conceded there were “small pockets of opposition” to the proposed change. “I’d say residents are five-to-one in favour and, when they have a think about it, there’s no real opposition,” he said.

“If there had been no early signs of support we would not have pushed it.

“The consultation phase allowed us to hear every argument for and against and now we know it is a good idea.”

From May to July last year, pro-name-change residents conducted 10 sample surveys across the suburb, interviewing 197 residents and 55 businesses. They then put the proposal to the council making the case for change.

At its meeting on 27 November council adopted the recommendation of officers which found sufficient evidence of community interest in the name change. It then recommended the consultation process begin with residents, ratepayers and businesses.

The council will decide on 11 April whether it supports the change and, if so, recommend to Mr Wynne that the change be made.