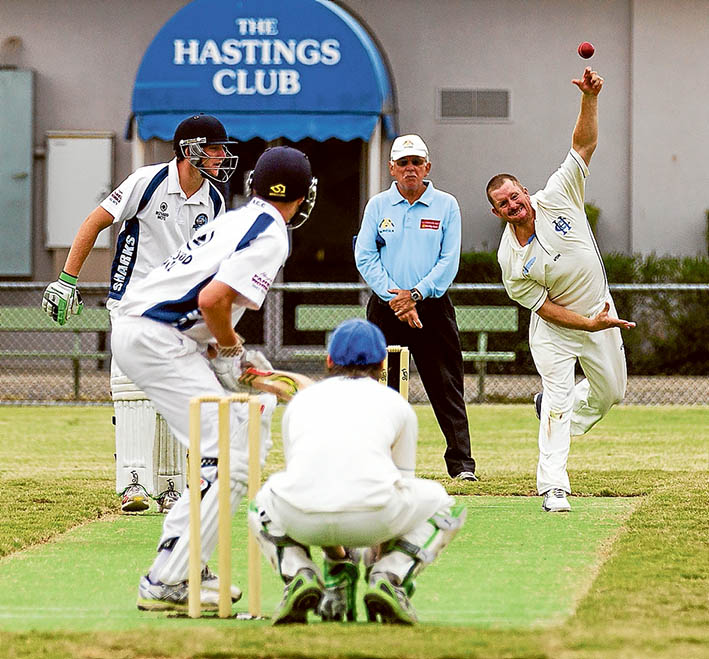 THE fairytale story of Dromana Cricket Club ended abruptly on Sunday at the hands of Frankston YCW in the MPCA Sub District semi-final.

The Hoppers have been the whipping boys of the competition for many seasons, however, with the inclusion of Darren Kerr and Aaron Kaddatz and co, quickly became the glamour team of Sub District in 2015/16.

However, on Sunday afternoon, the Hoppers were soundly beaten by the Stonecats by more than 100 runs.

The Stonecats will face Rosebud in the Grand Final after the Buds smashed Hastings in the other semi-final.

Frankston YCW won the toss and batted first on Saturday, setting Dromana a solid total of 8/233 for victory on Sunday.

Levi McLoughlin-Dore saved his best innings of the season for the semi with 62, while Jack Greenwood scored 47, Kip Mulvogue 38 and Lai Leaunoa 35.

The Hoppers used eight bowlers in a bid to get wickets. Craig Dunlop was the pick of them with 3/28 from 17 overs.

In the other semi-final between Rosebud and Hastings, once again, it was a game that didn’t reach any great heights.

Like their home and away match where Rosebud pulled off a reverse outright, it appeared as though the match could head the same way after 14 wickets were lost on the first day.

Rosebud was bowled out for 139 in 61 overs on Saturday after winning the toss. Jason Nagel top scored with 44 and Luke Marshall hit 33. At one stage, Rosebud was 8/62.

Luke Hewitt was outstanding for the Blues with 7/43 from 21.4 overs.

Hastings didn’t fare much better with the bat, struggling to 3/27 after facing the final 19 overs on Saturday.

On Sunday, the Blues were bowled out for just 104.

Rosebud was sent back in but was cruising at 1/62 before the game was called-off.

Sub District Grand Finalists Rosebud and Frankston YCW met in Round 3 way back in October 2015 – it was a one-day clash.

In reply, the Stonecats fell seven runs short, scoring 9/120 from 40 overs. Jack Greenwood top scored with 53 for YCW while Scott Millar claimed 3/33 for the Buds. There were three run-outs.