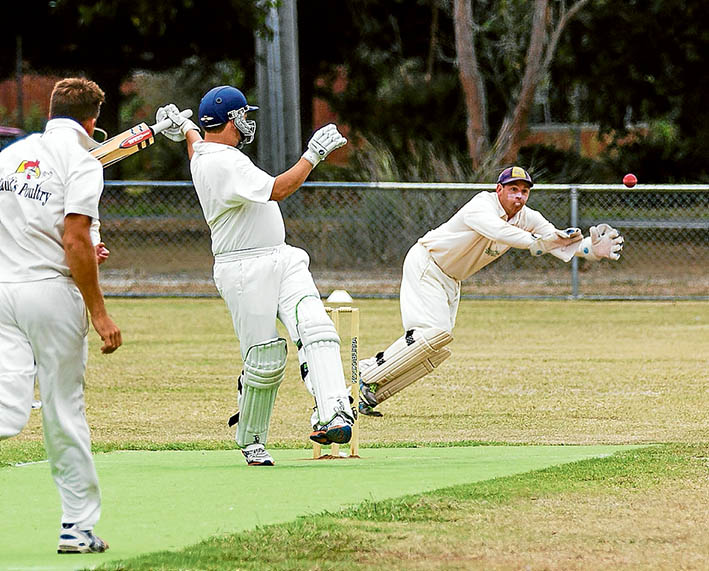 CRIB Point will play Peninsula Old Boys in the Provincial Grand Final after they won their respective semi-finals on the weekend.

Crib Point made light work of beating Baxter, winning the game six wickets down on Sunday.

Peninsula Old Boys knocked over Somerville, picking up the final wicket at 4.30pm on Sunday afternoon to advance to yet another big dance.

It was an impressive performance from the Old Boys, who were well led by ‘old-timer’ Jonny Forrest, who rescued the Old Boys with 58 on Saturday before taking 2/9 off a five over spell. It was that spell that saw Jack Barbour and Brad Rossborough removed within two balls of one another when both looked comfortable at the crease.

However, when they were sent packing, Somerville was in some strife at tea at 5/109.

Earlier in the innings, opening quick Adam Jones got the Old Boys going with quick wickets.

The Eagles felt they were in the contest at tea, however, Zac Fillipone removed Justin Allsop in the second over after tea and it was all downhill from there.

In the other semi-final Henry Dolphin scored a half century to set-up Crib Point’s victory against Baxter.

On Sunday, Baxter was short on bowlers and it showed with Crib Point easing to victory with plenty of overs to spare and four wickets in hand.

Crib Point and POB will face off in this weekend’s grand final at RM Hooper Oval on Graydens Rd.

The Magpies hosted POB in round two in the first two day game of the season.

In reply, the Magpies were bowled out in the 56th over for 108. Rob Hearn top scored for the Magpies with 30.