Shaved students in a class of their own 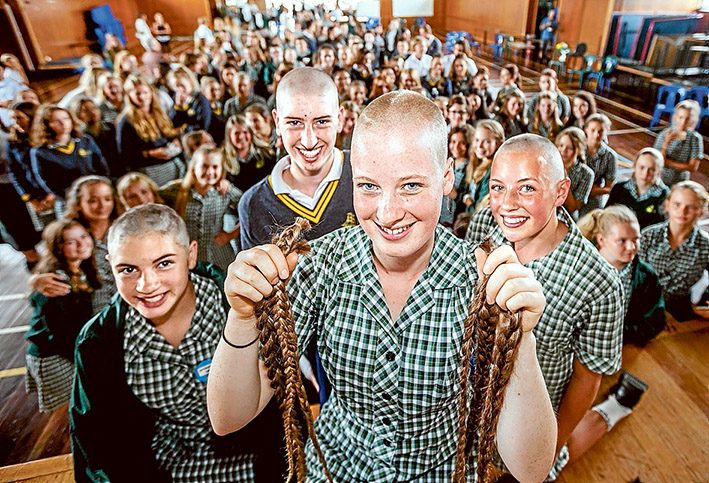 FOUR Rosebud Secondary College students proved that they are willing to give the hair on their heads in to support those suffering from blood cancers like leukaemia, lymphoma and myeloma.

Abbey Jordan, Stella Tomasello, Lachlan Huxtable and Hannah Clayton had their locks chopped as part of the Leukaemia Foundation’s annual World’s Greatest Shave which sees participants being sponsored to shave, wax or colour their hair.

“I knew because my hair was so long that people would be surprised I was willing to have it cut off, and that was a good way to raise awareness,” Hannah said.

“She was born with more hair than she has now,” mum Colleen Clayton said after her daughter’s head was shaved.

Hannah intends to donate her hair to the Princess Charlotte Alopecia Program, which uses such donations to make wigs to give to children with alopecia.

The four students were cheered on by a crowd of their schoolmates and teachers and have raised almost $7000. Four other Rosebud students, Georgia Walker, Brooke Perrysmith, Isabella Mollica and Hannah King, will shave or colour their hair in coming weeks.