Winners on the water 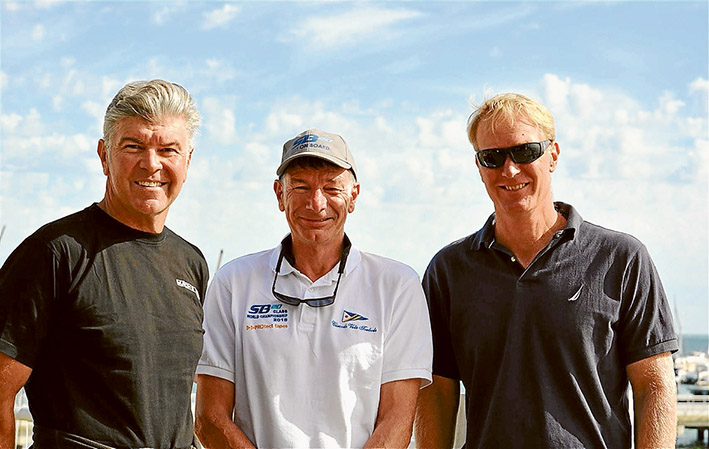 DROMANA sailor Mark Bulka, above right, had a busy time on the water last week…

He was a member of the winning crew at the Australian SB20 championships sailed off Blairgowrie. Alongside him were boat owner Robert Jefferies, above middle, and helmsman Glenn Bourke, above left. Their boat, Red, sailed a consistent and competitive regatta over the four days taking the title from Tasmanians Nick Rogers, Col Dabner and Simon Burrows on Karabos, second, and Michael Cooper, David Chapman and Matt Johnston, on Export Roo, third.

Presentations were held at the Blairgowrie Yacht Squadron to finish off an excellent week of quality racing.

SB20 yachts are an open keelboat designed for racing with a crew of three under a total weight limit of 270kg. With a high aspect ratio keel with a very high ballast ratio the yacht is very stable, but also quite fast due to its substantial sail area.