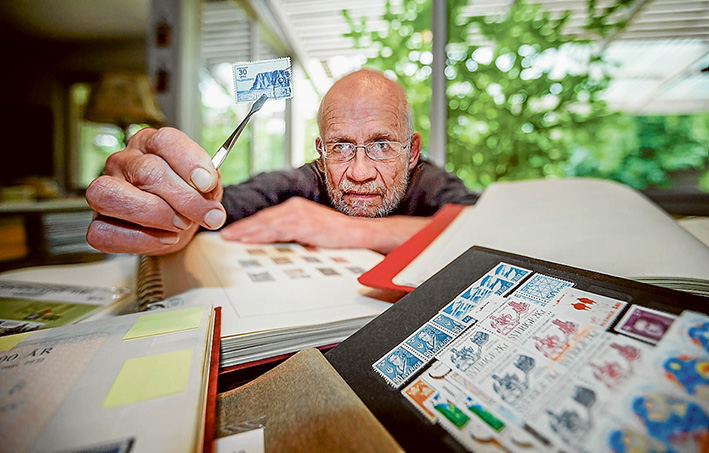 A LOVE of stamps was nurtured in Jon Fladeby when he was a young boy in his native Norway.

The seven year old was encouraged by his grandfather to appreciate his country’s stamps and to develop and maintain a worthwhile collection. It became an absorbing hobby and the basis of a lifelong interest.

As a teenager and then getting married, meant there was a lack of time and opportunity.

Mr Fladeby’s love of stamps remained “on the shelf” while he and his family established themselves in Australia in the early 1970s and moved to Mt Martha when he retired in the early 1990s.

Fortunately, a visit from his mother and sister bringing with them a container-load of possessions, including his original stamp collection, brought the passion flooding back.

“I was reunited with my stamps and became enthusiastic again,” the former research scientist said.

“A neighbour at the time was the president of the Peninsula Stamp Club and things snowballed from there.”

Now, as secretary of the same club, the philatelist has thousands of valuable, mostly-Norwegian, stamps all securely stored in a bank’s strong room.

So extensive is Mr Fladeby’s collection that he regularly exhibits overseas and is now preparing for an international exhibition in New York next month.

Of special interest are Norwegian stamps from the 1870s, dating from before the country’s switch from the former shilling to the decimal currency kronor.

“The best is the last of the pre-decimals,” Mr Fladeby said.

The country has a long history in stamps. The first postage stamp in 1855 depicted the coat of arms. In 1871, stamps with a posthorn design were introduced and stamps of this type, with periodic redesigns, have been used ever since. The posthorn is the logo of national post services in many countries.

To get to the 28 May-4 June New York exhibition, Mr Fladeby’s and other exhibitors’ stamps will be accompanied by a special stamp commissioner, who is based in Canberra, both for their safety and to negotiate Customs.

The exhibition is run by the Fédération Internationale de Philatélie (FIP), which was founded in 1926 to be the world federation for philately based in Switzerland.

His previous showings have been in Calcutta and Delhi, as well as Singapore, Bangkok and Manilla.

“Exhibitions are designed to promote stamp collections, as they are wonderful to look at,” said Mr Fladeby, who also buys and sells when inclined.

“From 40-60 dealers arrange to buy and sell stamps, as well as promote them and give talks on special issues.”

Awards are based on points earned and to help make all the effort worthwhile.

“I certainly get a lot of satisfaction from exhibiting and it gives me and my wife [Leslie] the chance to take a holiday to somewhere we have never been, this time the east coast of the US.”