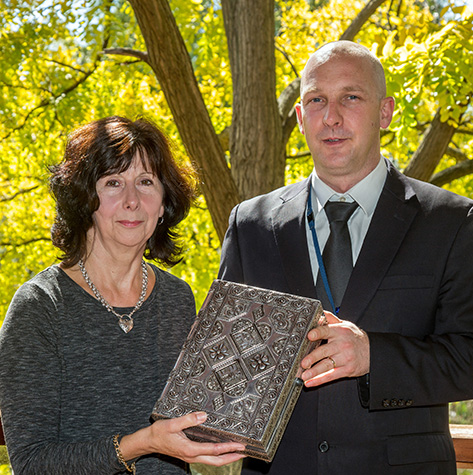 THE court appearance last Tuesday (29 March) of a Pearcedale man with 54 counts of burglary and theft brings Pearcedale property owners Maree and David Brann closer to ending a frustrating chapter in their lives.

He was remanded in custody last week and will appear at Frankston Magistrates’ Court again on 14 April.

Stolen from the couple’s property were 150 items, including tools, welding and gardening equipment and chainsaws from a garage which was systematically ransacked, as well as personal items and a family heirloom jewellery box much loved by Mrs Brann who is “over the moon” at its return.

“The first robbery was on 18 March and the thieves returned on 23 and 24 March to get more,” Mrs Brann said.

“We had just got back from Thailand and found the padlock to our six acre, mostly bush, property cut and then realised we had been robbed,” she said. “They did a lot of damage.”

The couple had taken precautions against robbery. But sliding door locks, deadlocks and heavy duty padlocks proved no defence against the intruders who peeled back sheets of roofing to gain entry to the handyman’s garage.

Locks on the house were changed after the first robbery, but that proved no deterrent. “We thought the big shed was safe and that no one could get in, so we left on the Sunday and then a neighbour called to say she saw the gate was open …”

On return, they found three locked farm gates forced open and screws to panels on the shed removed.

“We just kept getting hit,” Mrs Brann said. “Our neighbour said she saw a man stealing a tub and that was only 50 minutes after we had left.

“We are paranoid now about leaving the property, even to the extent of texting neighbours about when we are going and when we plan to return.

Detective Melhuish estimates only a third of the couple’s stolen goods have so far been recovered.

Security at the property is being increased with new alarms installed Thursday.

“I can’t tell you how wonderful the police have been,” Mrs Brann said.

Detective Melhuish urges property owners to engrave their names on tools and other valuables to make returns easier.