Burning the Seat for future protection 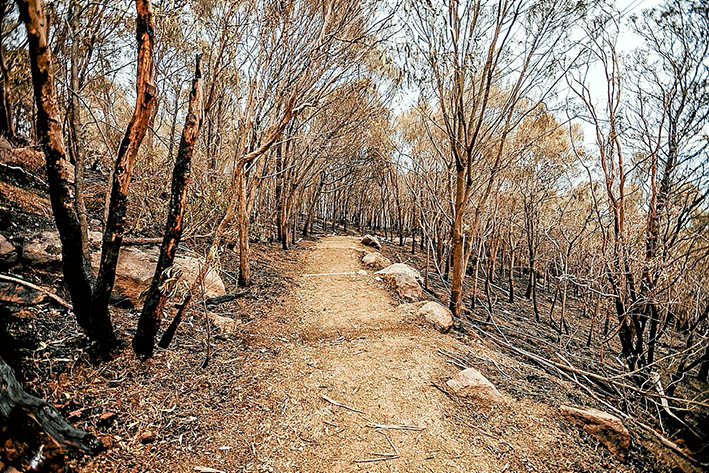 A PLANNED burn on the slopes of Arthurs Seat two Sundays ago was designed to lessen the intensity of any future bushfire in the area.

“The major benefit of the operation is that should a bushfire occur in the area in the future; it will be less intense, making it more likely that firefighters can contain it before it impacts on people, property and the environment surrounding Arthurs Seat,” forest fire management, metropolitan district manager, Dan White, said. “That’s because the burn has reduced a lot of the fuel that a bushfire relies on to sustain itself. It also complements the other fuel reduction work we’ve done at Arthurs Seat like clearing fuel breaks, mowing and slashing.”

The burn along the Bunurong Track on Sunday 3 April was conducted by the Department of Environment, Land, Water and Planning (DELWP) and Parks Victoria.

“Along with local knowledge and science, we use a computer modelling program developed with Melbourne University called Phoenix Rapidfire, to target priority areas across the state in our burning program,” Mr White said.

“Phoenix modelling demonstrates that this priority burn reduces the potential for fire to move up into Arthurs Seat State Park and spread further in to Main Ridge and Red Hill.”

Mr White said smoke from the burn was highly visible and Arthurs Seat Rd had been closed for 48 hours, possibly causing inconvenience, “particularly for tourism operators and local businesses, so we thank them in particular for their cooperation”.

“It was a complex burn to plan and deliver and has been in the planning phase for three years to ensure it was conducted safety,” he said.

Information about planned burn times and locations are at www.vic.gov.au/plannedburn.