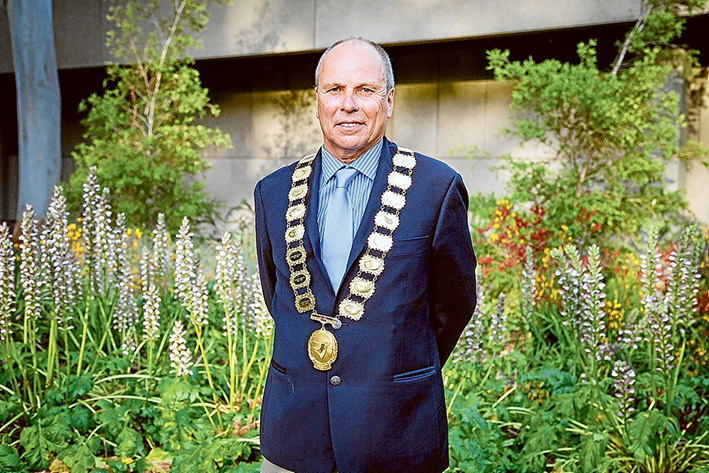 MORNINGTON Peninsula Shire has dropped the municipal charge in favour of a waste service charge which it says will ensure a “fairer redistribution of the rate burden”.

The mayor Cr Graham Pittock said the $193 a property waste charge would raise $19 million, an amount that “fully recovers the cost of collection and disposal of refuse”.

The proposed budget released for public comment last week includes raising an extra $5.269m from rates, for a total of $155.344m.

The proposed general rate is .22670 cents in the dollar of a property’s capital improved value (CIV).

This is a 1.8 per cent increase over last year. The rate for vacant commercial and industrial land is to rise by 18.7 per cent to .31738 cents in the dollar of CIV.

Cr Pittock said the budget would have a $38.1m operating surplus, “more than $2.5 million over the amount from the previous year, which will go towards delivering more capital works and reducing accumulated debt”.

“This is an extremely positive result in light of the challenging economic environment, including the new Fair Go Rates System’s 2.5 per cent rate capping limit; enterprise bargaining agreement increases of 3.3 per cent and significant increases in key long-term outsourcing service contracts not tied to the consumer price index,” Cr Pittock said.

He said the “positive result” added to the shire’s Clean Up and Green Up initiatives as well as its “unwavering move” to be carbon neutral within five years.

“As a result of the abolition of the broad-based municipal charge, council’s rating strategy has been revised and a fairer redistribution of the rate burden has occurred, resulting in the introduction of the waste service charge and an increased weighting for vacant commercial and vacant industrial properties.”

“This has resulted in percentage changes to the majority of rate differentials or categories that are well below the 2.5 per cent capping – as low as 1.7 per cent,” he said.

The deadline for submissions is 12 May. Councillors will hear submissions from the public at a committee meeting on 25 May. The budget is online at: www.mornpen.vic.gov.au/