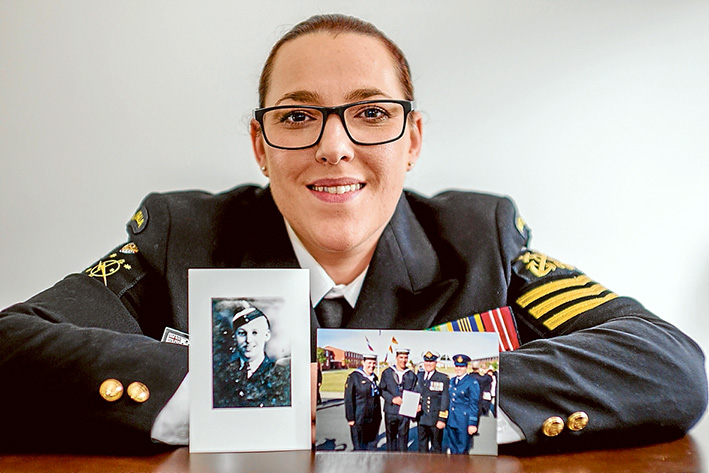 A CERBERUS naval instructor can look back on an active family history spanning three generations of service.

Petty Officer Amanda Garstin, of Hastings, attended yesterday’s Anzac service in civilian attire as she is on leave. A keen photographer, she knew being out of uniform would allow her more freedom to take photos.

Her maternal grandfather, John Langman (1925-2003), was a leading aircraftman in the RAAF, 1943-1946, who served as an assistant navigator in World War II. He was a founding member of Crib Point RSL and also on the former Hastings Shire Council until the mid-1970s, and as shire president 1967-68.

Sister Michelle Oakden is a squadron leader in the RAAF, serving since 1996 at Laverton. Brother, Michael, currently living in Sydney, NSW, was also a member of the RAN in communications and information systems, serving 2005-12.