Pupils take history in their stride 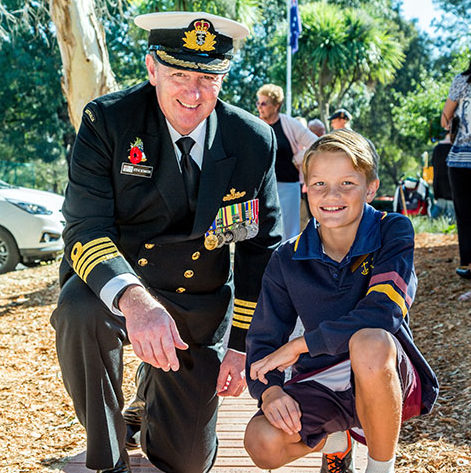 PUPILS and staff at Crib Point Primary School have designed and built a practical tribute to the six Word War I soldiers who attended their school.

The school’s path project was officially opened at a ceremony yesterday, April 26 with all 150 pupils and 50 members of the local community attending, including Captain Stephen Bowater, of HMAS Cerberus, Cr David Garnock and Toni Munday, historian at the Cerberus museum.

The path bears the names of each student and teacher who attended the school during the centenary period, and the names of past pupils who bought pavers as part of the project.

“We’ve been working on it over the past two years and we’ve finally completed it,” parent Raelene McCracken said.

“The idea came from staffer Anna Bianchin and was designed to complete the front of the school, joining the Remembrance garden and the Gallipoli oak.

Money for the project came from the Anzac centenary grant program.

“We hope that the school is something that our community can be proud of and that it becomes an important part of our school as well as the greater Crib Point community, commemorating a small part of our diverse history,” Ms McCracken said.