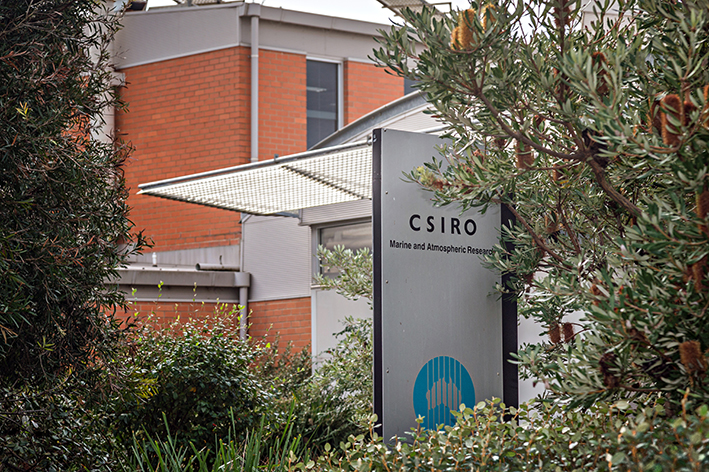 The new Hobart hub has put the future of the Commonwealth Scientific and Industrial Research Organisation’s Aspendale laboratories in doubt amid accusations the decision to favour Tasmania over Victoria is “a political fix to protect marginal seats”.

An internal email from a management member of the CSIRO released last month to a Senate inquiry into the national science body’s plans to axe up to 350 jobs, mostly in climate change research, stated any job losses in Hobart should be minimised.

The partially redacted email stated the unnamed CSIRO official would work to “minimise impacts at Hobart – need to address loss of employment in TAS (a regional political issue)”.

Federal Isaacs Labor MP Mark Dreyfus says the CSIRO Marine and Atmospheric Research Centre in Aspendale, where climate research is conducted, is likely to be “gutted” for political and not scientific reasons.

“After months of campaigning by Labor for Mr Turnbull to reverse these cuts to CSIRO jobs, he has barely reduced the job losses from 350 to 275. Of the 75 climate researchers now expected to lose their jobs, many of these will be from the CSIRO Marine and Atmospheric Research Centre in Aspendale,” Mr Dreyfus said.

“This is too little, too late, a last-ditch attempt to save the Liberals’ political skin in Tasmania, with next to nothing for Aspendale or Melbourne’s south east.”

The federal government says the CSIRO is an independent statutory agency governed by a board of directors and as such makes its own operational decisions on where best to allocate funding for scientific research.

“Yes, we did help broker an outcome here … we were very involved and each of us played our role,” he told ABC radio.

A spokeswoman for Mr Hunt said the Environment Minister had discussed jobs at the Aspendale laboratories behind the scenes.

“While CSIRO is an independent organisation and has made its own decisions, Minister Hunt has argued strongly for the continuation of scientific support and staff at Aspendale,” Mr Hunt’s electorate communications officer Samantha Robin said.

“This has resulted in CSIRO amending its original proposals after Minister Hunt worked with Australia’s Chief Scientist Dr Alan Finkel to ensure strong support for the science community.”

Australia’s Chief Scientist Dr Alan Finkel backed the establishment of a climate science research hub, to be staffed by 40 scientists and researchers, in Hobart.

“The creation of a national climate research centre is the right move for Australia and I congratulate all the parties involved,” Dr Finkel said in a statement.

“This announcement recognises the importance of climate research, in particular modelling and observations, to our science and our community.

“The new centre is a stable building block in this critical field, which will both inform national policy and meet our international obligations.”

Mr Roy told a senate estimates committee that staff at Aspendale will likely eventually move to CSIRO facilities at Clayton.

“It has been signalled. It was signalled, to the organisation, I believe in 2014, that’s it’s our long-term strategy – quite separate from this –to actually move our Aspendale staff,” Mr Roy said.

“It’s a very old site … it’s not a site that if I was a world-leading scientist coming into a new organisation I’d be proud to walk into. It needs work and so we want to relocate those staff in good time to Clayton anyway.”

If staff are relocated to Clayton atmospheric records at the Aspendale laboratories will be maintained.

CSIRO management is yet to confirm how many jobs will be lost at Aspendale.