Pitching in and breaking down barriers 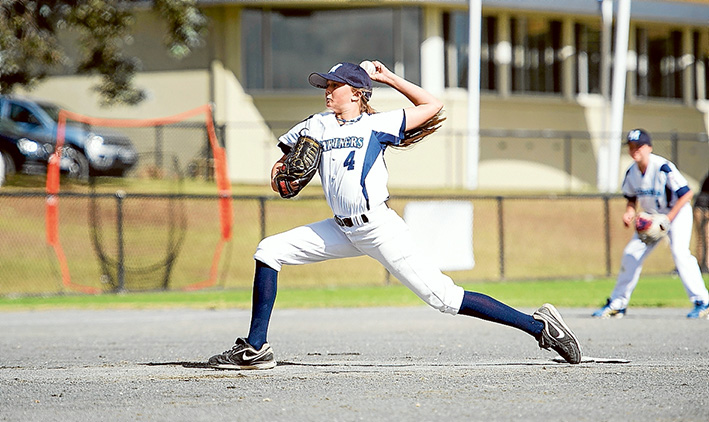 NOT one to let the boys have all the fun, Genevieve Beacom, of Somerville, revelled in her role as the only girl to represent the under-12 Little League Southern Mariners Charter at the Victorian Little League Baseball championships, Jells Park, over the Easter holidays.

Her strong pitching helped her team win its way into the grand final and be crowned state champions. The Southern Mariners will now go to Lismore in June to compete in the Australian Little League Championships.

But that’s only the beginning: the winner will then go on to the United States to compete in the World Little League championships – something only a few junior players can even dream about.

Genevieve, in grade 6 at Flinders Christian College, produced an outstanding pitching effort at Jells Park to ensure the Mariners a berth at the Australian championships.

Playing at that standard is a tough call – for Genevieve and her parents Chrysanne and Brendon – with training Wednesdays, Thursdays and Fridays at either Sandringham or Cheltenham, and games on weekends at the State Baseball Centre, Altona. But achieving such a high standard requires application and dedication, and lots of driving.

“I love pitching,” Genevieve said last week. “It’s my favourite position and I play it as much as I can.”

Playing with a girl can be a challenge for some of her male teammates. “Some of the boys get a little bit jealous, but others just treat me like one of them,” she said.

The lure of playing against teams from all over the world is an exciting prospect. “It’s something I always wanted to do.”

Mrs Beacom says it is “very unusual for a girl to do so well”, adding that her daughter “probably throws the hardest and the fastest in the team”.

Battling preconceived ideas – that a girl can be as good, or better, than the boys – is another challenge Genevieve has overcome.

“She is something of a role model, with other girls inspired by what she has done,” Mrs Beacom said. “There are stereotypes about what boys and girls can do and she’s broken all that down: she doesn’t expect any favours, it just fires her up.

“To achieve what she has, even if she were a boy, is amazing as she is at the bottom age and can play again next year.”