That’s not a score, this is a score! 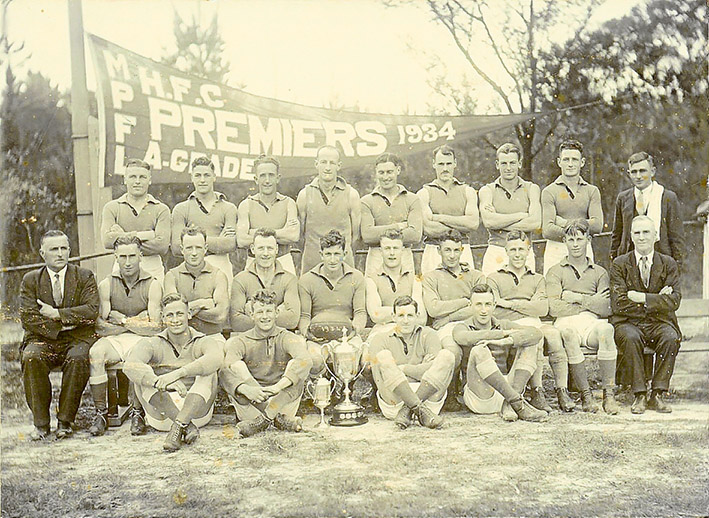 IN round seven last year Hastings Football Club defeated Tyabb by the massive margin of 224 points (38.23 to 4.3). This reminded me of the scene in the movie “Crocodile Dundee” when our hero was approached by a gang of toughs in New York. When one pulled out a knife to reinforce his position, Dundee produced a much superior one of his own and proclaimed “Now that’s a knife!”.

As would be expected, it was game over.

Now let’s turn back the clock. The final home and away game for 1929 was held on August 3. Hastings were still smarting from their grand final defeat by Somerville the year before and now had a chance to make the finals again with a big win at home against Dromana.

Their first meeting earlier that year had been a good tussle. Hastings struggled with the strong westerly off Port Phillip Bay which swept the Dromana “lake” and kicked 5.17 to Dromana’s 5.2, only gaining victory in the final few minutes.

Following that match Dromana endured a horrible season; they struggled for players, especially when their neighbour Rosebud fielded a team in the second-rung Peninsula District Association. Consequently Dromana languished on the bottom of the ladder with a solitary win. Short on players and short on practice, they were, however, determined to finish the season and play out each game in a sportsmanlike manner.

August 3, 1929 was a most unpleasant day for football: it had been a typically wet winter and a strong northerly was bringing in plenty of cold air from the snowfields. It would be hard to kick accurately in such a crosswind, and the score needed by the Blues might be difficult to obtain on the east-west Hastings Park.

When Dromana turned up they had only half a team, but were willing to give their hosts a game.And the goals came in record numbers. Hastings kicked 52.15 to Dromana’s solitary goal. The Blues’ sharpshooter, Les Mentiplay, was already having a good season. On that day, however, he mastered the windy conditions and kicked an unbelievable 29 goals and 2 behinds-a feat even the great champion John Coleman could not equal two decades later. Les was backed up by Eddie Fisher with a modest 10 goals.