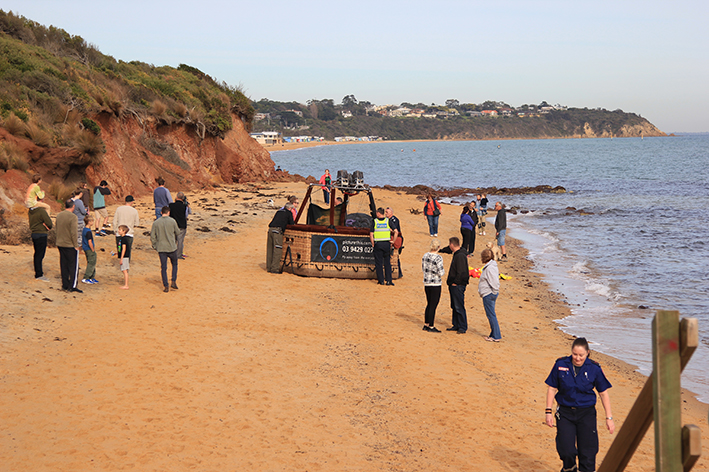 A hot air balloon has landed safely on a Mt Martha beach after jettisoning passengers offshore in waiting craft.

The drama began in Brighton when an attempt to land failed.

The alarm was soon raised as the balloon blew across to the bayside suburb of Beaumaris and was then blown out to sea.

It soon headed southwards, and at least one helicopter, numerous vessels, and police and ambulance raced along its trajectory down the coast.

The pilot of the balloon, who onlookers at the crash site were hailing a hero, offloaded passengers into the relative safety of waiting watercraft so as to avoid a possible heavy impact with the ground.

It is believed that nobody was injured in the crash.