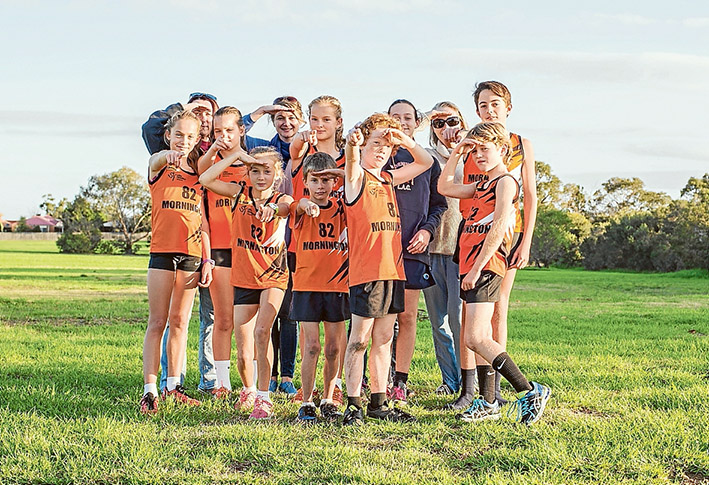 MORNINGTON Little Athletics Centre is “potentially homeless” next season unless a new base can be found soon.

“It’s now 16 years later, and the track has still not eventuated.

“They have earmarked $50,000 in the next budget for planning the track – possibly at the Civic Reserve, Dunns Rd – but given us no time frame as to when this will occur.”

The 44-year-old club has never had a permanent home, and was nicknamed by a former president the “gypsies of the peninsula”.

“We have been moved around from Dallas Brooks Park, Mornington Park, Osborne Primary School, Padua College, and our most recent home at Mace Oval,” Ms Henry said.

“We have been competing for the past 12 seasons at Mace Oval in Mt Martha. It was a temporary move at the time apparently, and it seems we’ve been forgotten.

“We’ve completely outgrown Mace – it only allows for a 250 metre track into which we have to cram all the field events. It is an OH and S nightmare some days. We have no club rooms – we never have – just three shipping containers and a council-built toilet block.”

In this Olympics year, the club is anticipating higher registration numbers than in previous years. “If we have to compete there again this coming season, we will be operating beyond capacity,” Ms Henry said.

“Add in the damage the new Mt Martha Junior Soccer Club does to Mace over the winter, we are potentially homeless for the 2016/17 season.”

She said the club “had a few options on the table in terms of locations for next season” but nothing has been finalised. “The council have not come back to us with an answer,” she said. “It is essentially being left up to us to find a new location.”

Mornington Little Athletics Centre members would be happy with a temporary home now as long as they know the shire is committed to building “the all-weather track that has been promised for so long”.

“The Briars ward councillors are in our corner, it’s just a matter of getting all the other councillors on board,” Ms Henry said.

Parents at the club Sue Cook and Sharyn Welsh have started an action group called Where Is Our Track. They are on Facebook and have also started a change.org petition which has 687 signatures. They are aiming for 10,000 signatures.

The club has also sought promisers from the Liberal and Labor candidates for the seat of Dunkley, which includes Mornington and Frankston.

Ms Henry said it was disappointing that Labor candidate Peta Murphy supported a $2.55 million grant for Frankston basketball stadium “because if they [a Labor government] put money into that there will be less for other projects”.

Liberal candidate Chris Crewther “has hinted that the new track will be his priority in Mornington, but no official word has been released as yet”. Ms Henry said.

Mr Crewther told The News the track was “one of the things I will fight for”.

“It’s an important project and I will advocate hard for a new track,” he said. “It’s definitely a priority of mine, but one of many.”