Napoleon returns to The Briars 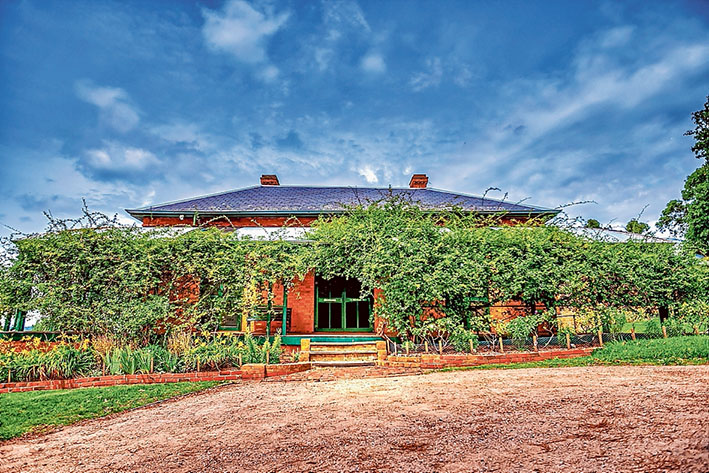 SECURITY will be upgraded at The Briars homestead, Mt Martha, so that a priceless Napoleon collection of artefacts and artworks can be displayed.

Burglars broke into the homestead in April, 2014, stealing 10 items, including locks of the French emperor’s hair, a silver inkwell, some gold Napoleons and a ribbon inscribed by Napoleon in 1815.

The large collection had been housed at The Briars for about 20 years and is the largest Napoleonic collection outside of Europe.

The theft highlighted a lack of security at the historic venue, with the thief entering the property through a bathroom window by removing glass paneling, and using the door to block a potential security system and force the cabinet open.

The collection has since been displayed at the Mornington Peninsula Regional Gallery in Mornington and will be relocated to The Briars in temporary display cases until the installation of a $10,000 purpose-built, museum-standard case.

Mr Thorning said that “in all likelihood” the stolen items would never be recovered”.

On Monday, councilors voted to accept the return of the donated collection and allocate an extra $6500 each year to cover packing, transport and conservation costs. The council will also allocate money for insurance and security staff, but will also seek volunteer support.

The Briars was built 130 years ago for Alexander Balcombe, who was born on the same island, St Helena, where Napoleon was exiled in 1815 after his defeat at the Battle of Waterloo.

Mr Balcombe’s great-granddaughter, Dame Mabel Brookes, bequeathed her collection to the National Gallery of Victoria in the 1970s and it was then placed on loan to the National Trust for display at The Briars.