No horsing around at awards dinner 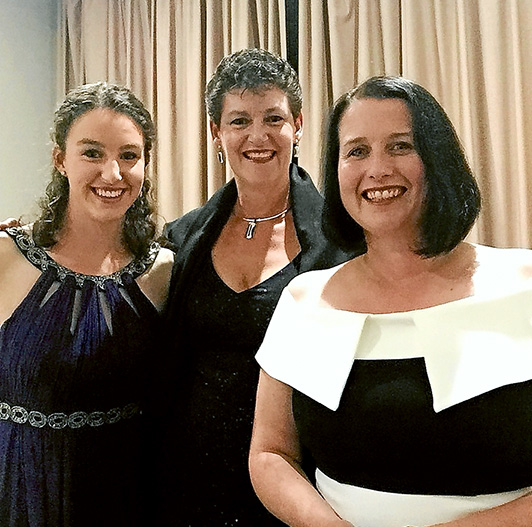 MERRICKS Pony Club was named inaugural winner of the Club of the Year at the Pony Club Australia Awards.  And the club’s Lauren Clark won the award for Best Achievement by a rider 17-25 years.

Club president Natasha Keetley, vice-president Roberta Clark and Lauren Clark travelled to Adelaide for the presentations on 28 May.

Criteria for the club award included showing initiative to attract and retain members, delivering quality coaching, having the highest standards of safety and focusing on good governance at all times.