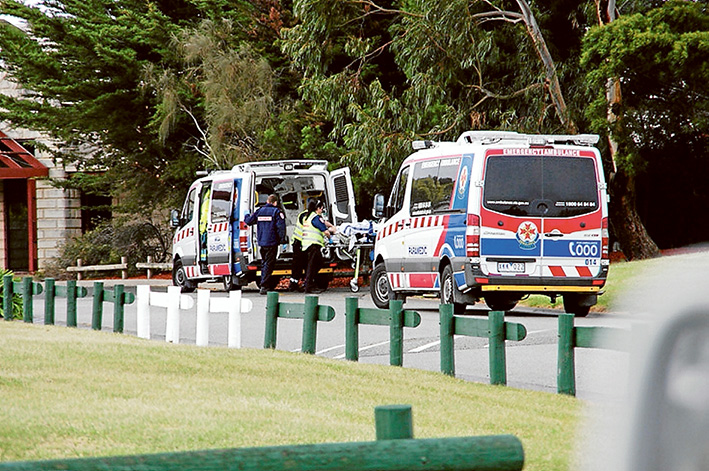 AMBULANCE Victoria has denied claims that moves are underway to reduce the hours of the Rosebud and Rye ambulance service.

“We have no current plans to change the rostering of these two resources.”

But a Rye paramedic says it is “common knowledge” among southern peninsula paramedics that the service was set to become a “blended roster”, thereby reducing its hours.

“This will result in only one ambulance being available to cover the Rosebud area from midnight to 7am instead of the current and originally funded two,” he said.

The paramedic – who prefers not to be named “to protect my job” – is known to The News.

“I can assure you that the workload, especially 90 kilometre return inter-hospital transfers from Rosebud to Frankston, and leaving ambulance coverage in Rosebud reduced for at least three hours, is not slowing to the point where services or coverage can safely be reduced,” he said.

“As you may be aware, this dangerous plan may have been prevented by alerting the public. The ambulance service’s response at the time was that it won’t happen.”

The paramedic said the Rye ambulance team which moved into the renovated Rosebud branch in December continued to be a 24-hour ambulance.

“But, many of the Rye and Rosebud staff believed that, as soon as the media glare had settled, there would be another attempt to blend the two ambulance rosters,” he said.

“Now, the dust has settled and it is relatively common knowledge around southern peninsula paramedics that an application is being made to alter the hours of the Rosebud and Rye ambulances to create a blended roster.”